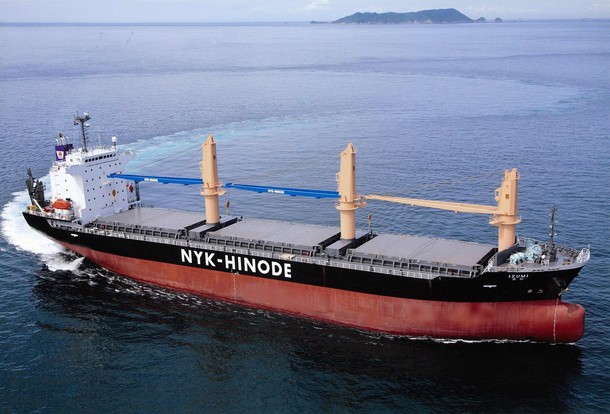 From Michael Richards, AFP:  Somali pirates’ use of "mother ships" to attack their prey is complicating foreign navies’ efforts to improve safety in the Indian Ocean, a senior anti-piracy commander said Friday. …

Speaking to reporters in the Kenyan port of Mombasa where his NATO flagship was docked, Commodore Michiel Hijmans said few pirates were still using their rudimentary skiffs to board vessels.

"We cannot attack mother ships without proper planning since most of them have hostages on board," said the Dutch navy commander.

Hijmans also explained that pirates operating on large hijacked vessels were able to extend their area of operation when on the prowl and were no longer confined to their coastal hideouts during monsoon seasons.

"The pirates can operate in the sea for long as they load the mother ships with enough food, fuel and militant weapons ready for a hijacking spree," he said.

"Pirates are getting smarter every hour… Pirates do not give up unless they cannot board or are threatened. I’m afraid that the war on piracy might not be won until there is a stable government in Somalia," he said.

While captured vessels had been used as floating service stations and temporary mother ships in the past, their use became more systematic with the first sortie of the MV Izumi, a Japanese ship captured in October.  (photo: Reuters)