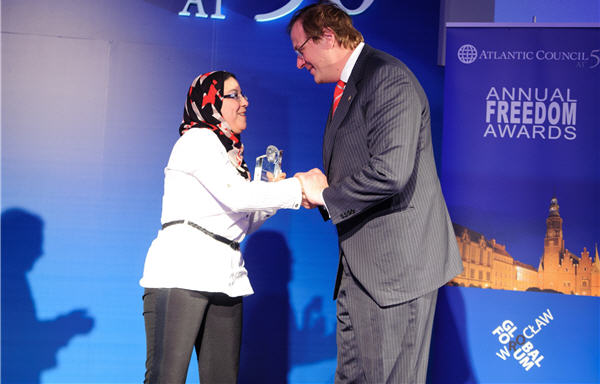 From Julian Lindley-French, the New Atlanticist:  Freedom will only flower if North Americans and Europeans together tend the lighthouse of hope so many millions want to believe in.   We must therefore face together the world as it is, for it is far too soon to believe the world is as we would like it.

That means a strong West.  But ‘strength’  must include in its inventory legitimate armed forces credible and able to act in the world of today and tomorrow, not the past.  ‘Soft’ power is all well and good but all the lessons of the past and the present suggest that without the firm foundation of hard power Utopia will eventually fall.

Frankly, too often the ‘strategies’ I read to justify the squalid nature of Europe’s retreat reveal the lie that is Europe’s contibution to defending freedom.  Indeed, in the visionless world of Europe today we only recognize only as much threat as we can afford.  It is thus a short step back to Munich and Neville Chamberlain’s grovel that he was unwilling to defend the freedom of a small country far away about which he know nothing.  The rest is barbarous history.

There is one small country over which freedom is not only being defended, but supported.  Sadly, only eight NATO nations are doing it, with the rest shuffling their collective feet in the shameless defiance of solidarity.  If Freedom and solidarity go hand in hand.  Sadly, there is a sub-text in Secretary Gates speech which I see here at this impressive conference.  Too many Europeans either take feedom for granted or simply do not believe in preparing for its defence.

The consequence? A very real danger now exists that in the face of coming challenges European democracies will simply lack the means to defend freedom, even if they want to.  1939 all over again.