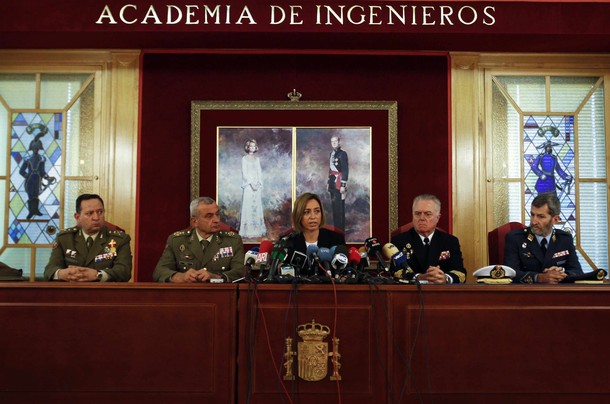 From the AP:  A powerful explosion at a Spanish military academy killed five soldiers and wounded three others on Thursday when a bomb disposal drill went awry, the Defense Ministry said.

Soldiers getting ready to deploy as peacekeepers with the U.N. mission in south Lebanon were carrying out an exercise involving a controlled detonation of anti-tank mines when the ordnance exploded before the soldiers could move a safe distance away, an ministry official (sic). …

Spain has about 1,000 troops stationed in south Lebanon as part of the United Nations peacekeeping mission launched in 2006 after a war between Israel and Hezbollah.  (photo: Reuters)