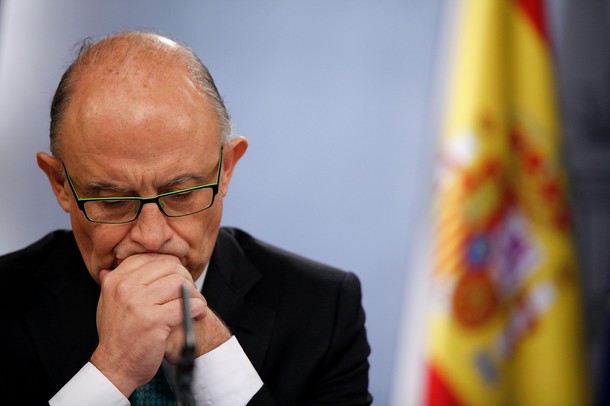 From Al Goodman, CNN:  Spain’s new conservative government announced 27 billion euros ($35 billion) in cuts from the budget this year to reduce the deficit in the midst of the nation’s prolonged economic crisis.

"We are in a critical situation. This is the most austere budget in our democracy, and with tax measures to bring in new income to guarantee public services," Treasury Minister Cristobal Montoro said after the weekly Cabinet meeting.

There will be an average spending reduction of 16.9% at government ministries. Salaries will be frozen for civil servants, who will be required to work an additional 10 hours per month. Business taxes will increase, but sales tax will not, to avoid further dampening consumption, Deputy Prime Minister Soraya Saenz de Santamaria said. . . .

Spain’s unemployment rate is 23%, and twice that for young people. A total of 5.3 million Spaniards are out of work. The government predicts that the economy will contract this year by 1.7%. . . .

Montoro said he would take the budget to parliament on Tuesday. The government has a commanding majority in parliament and does not need the support of any other party to approve its budget.

From Reuters:  Central government will reduce costs and aim to increase revenues to make an adjustment of 27.3 billion euros, or around 2.5 percent of the country’s economic output.