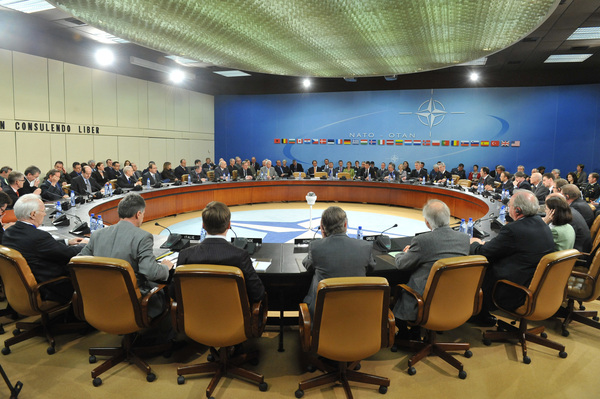 From NATO:  [T]he North Atlantic Council (NAC) met for an extraordinary meeting to discuss the recent Israeli operation against ships bound for Gaza. There was an extensive exchange of views among Allies on all aspects of this tragic event.

I would like to express my deep regret over the loss of lives and the other casualties resulting from the use of force during the incident involving the convoy sailing to Gaza. I offer sincere condolences to the families of all victims and condemn the acts which have led to this tragedy. I add my voice to the calls by the United Nations and the European Union for a prompt, impartial, credible and transparent investigation into the incident.

As a matter of urgency, I also request the immediate release of the detained civilians and ships held by Israel. (photo: NATO)