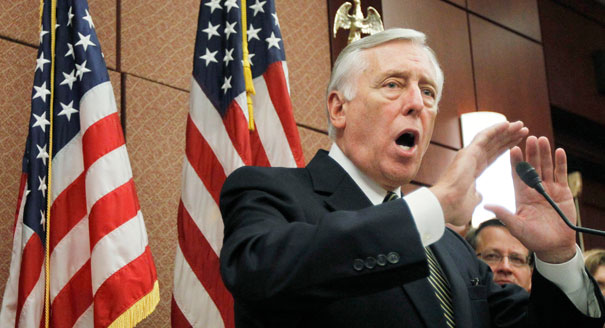 “It certainly would undermine the confidence of NATO in the ability of the president of the United States to participate in support of an effort that NATO had agreed to, that the United Nations had agreed to, and that the Arab League had agreed to,” Hoyer told reporters during a briefing Tuesday.

The House GOP leadership is meeting today to discuss a plan on Libya that could come to the House floor for a vote as early as this week. Speaker of the House John Boehner has threatened to pull funds for the operation. (photo: AP)