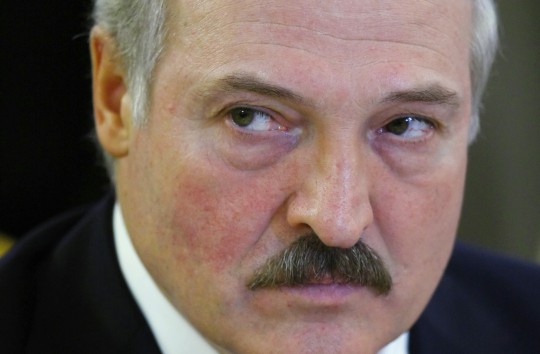 From Louise Nordstrom, the AP:  Sweden said Friday that Belarus had expelled its ambassador for ‘‘being too supportive of human rights.’’ Belarus countered that it merely chose not to extend the envoy’s accreditation, calling his activities destructive. . . .

Ambassador Stefan Eriksson was in Sweden on vacation when the decision was announced. The reasons given included that the diplomat had met with opposition activists in the Belarusian capital, Minsk, and that Sweden had provided a university there with books about human rights, Swedish Foreign Minister Carl Bildt said.

The ‘‘Lukashenko regime has expelled the Swedish Ambassador to Belarus for being too supportive of human rights,’’ Bildt said. He called it ‘‘a serious violation against the norms for relations between states.’’

Bildt said that Sweden in turn won’t allow in the incoming Belarusian ambassador and that two Belarusian diplomats also have been asked to leave the Nordic country, their residency permits revoked. . . .

The expulsion also comes weeks after a pair of Swedish activists were reported to have used a light plane to drop hundreds of teddy bears bearing messages supportive of human rights into Belarusian territory.

[Belarusian President Alexander] Lukashenko fired two generals over the incident. Bildt, however, said there was no word that the teddy bears were linked to the expulsion.

‘‘That has not been mentioned in this context whatsoever,’’ he said, but noted ‘‘it might have had an impact on the general atmosphere.’’

From Reuters:  In Minsk, Foreign Ministry spokesman Andrei Savinykh said the Swedish ambassador had not been expelled, but his accreditation had not been extended.

"Mr. Eriksson has worked in Minsk for seven years. In this time his activity has been directed not at strengthening Belarussian-Swedish relations but at destroying them," he told Reuters by telephone. . . .

Smarting from the humiliation of the teddy bear intrusion, Lukashenko sacked his air defence chief and the head of the border guards on Tuesday and reprimanded several other senior state security officials.

He told the incoming border guards chief on Thursday not to hesitate to use weapons to stop any future air intrusions from abroad.

The Swedish plane dropped about 800 toy bears near the town of Ivenets and near the capital Minsk, each carrying a message urging the former Soviet republic to show greater respect for human rights.  (photo: AP)