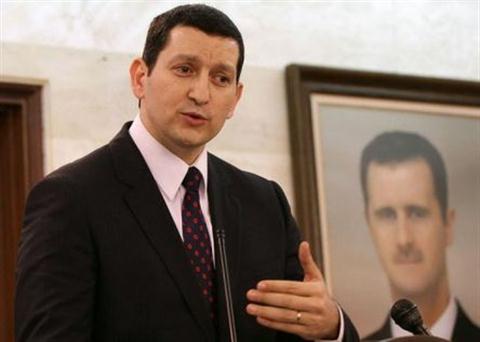 From the Daily Star:  The foreign ministry on Saturday accused Turkey of provocation with its talk of asking NATO to help protect its border with Syria, saying such action went against the U.N.-backed peace plan.

"It is disturbing that Erdogan threatened to bring in NATO to protect its borders with Syria. This demonstrates a lack of a genuine commitment to the terms of the (Kofi) Annan plan and policies of good neighborliness."

Makdisi also accused Erdogan of hosting armed groups "that do not believe in the political process".

On April 9, four Syrian refugees and two Turks, a policeman and a translator, were wounded in the Kilis refugee camp in southeastern Turkey when they were hit by gunfire from across the border. . . .

Davutoglu too said Thursday that Turkey is considering "all possibilities in order to protect national security" if the violence continues to bring tens of thousands of Syrian refugees into its territory.  (photo: AFP)