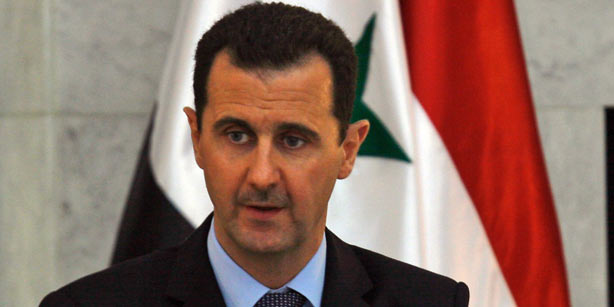 From Reuters:  Syria on Friday condemned Turkey’s request for NATO to deploy Patriot defence missiles near their common border, calling it "provocative", after a spate of fighting there that has raised fears of the Syrian civil war embroiling the wider region.

In the first Syrian response to Ankara’s request earlier this week, a ministry source told Syrian state television that Damascus would hold Turkey’s prime minister responsible for increasing tensions along the frontier. . . .

The Patriot system is designed to intercept aircraft or missiles. Turkey asked for its deployment after weeks of talks with its NATO allies about how to shore up its 900-km (560 mile) border, where it fears security may deteriorate as the Syrian army steps up fighting against rebel advances.

The source said that Syria would respect Turkish sovereignty but also said that it "holds (Recep Tayyip) Erdoğan responsible for the militarisation of the situation on the Syrian-Turkish border and increased tensions. . . ."

Asked about Syria’s remarks, Turkish Foreign Minister Ahmet Davutoğlu said Damascus was at fault for heightened tensions by having attacked its own people with tanks and warplanes "without any regard for any rules of war".

"There exists such a situation now right next to Turkey, that (Turkey) has to take its own measures…aimed at defence."

"If this measure is not needed then it will not be used, but if there is any kind of risk to Turkey’s security, all kinds of steps will be taken, both within Turkey’s national capacity and within the framework of Turkey’s membership of NATO. Nobody should have a need to question this," Davutoğlu added.  (photo: Today’s Zaman)