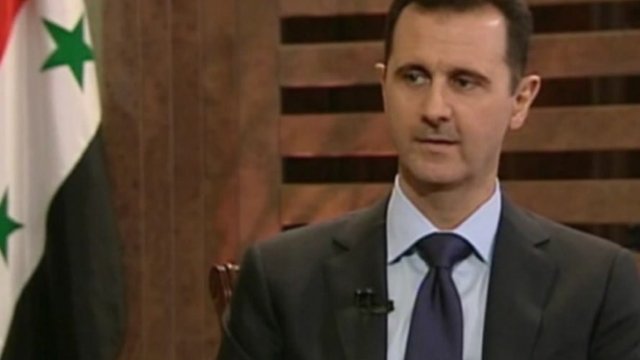 “We’ve been clear that we have seen the regime in Syria use Scud missiles against its own people, and that continues,” a senior State Department official said. . . .

Contacts inside Syria said that one Scud attack took place on Thursday near Maara, a town in a rebel-held area north of Aleppo near the Turkish border. The missile appeared to have missed its target, and the initial accounts were that nobody was hurt. American officials, who have been monitoring Mr. Assad’s military actions via aerial surveillance and other methods, did not corroborate those details but disclosed that the Scud firings, which they first reported last week, had resumed.

“We know they’ve been firing Scuds and continue to fire them,” said a Defense Department official.  (photo: BBC)