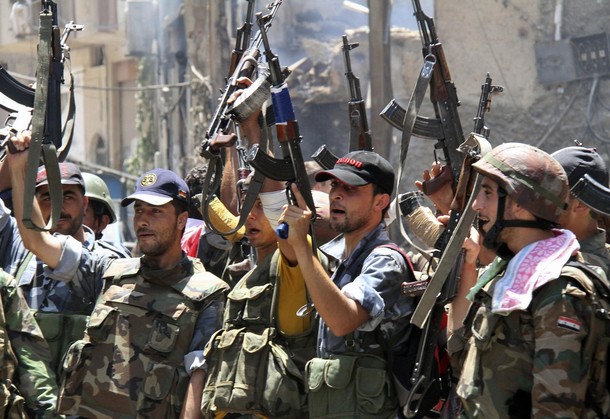 From Maria Lipman, BBC:  "A villainous leader brutally killing his adversaries should be stopped." At first sight the moral clarity of this statement cannot be called into doubt.

But on closer inspection, this sounds like an over-simplification. If "humanitarian intervention" implies use of force, then the intervening party assumes the role of god, as it were – as it decides that some people have to die. While sacrificing your own citizens’ lives – in case of a war or other emergency – is a leader’s legal prerogative, there is no such prerogative outside one’s national jurisdiction.

All the lives lost as a result of the villain’s deadly operation remain his responsibility, but once foreign forces intervene, they have to share that responsibility, whether they like it or not. The more casualties there are, the more blurred the original good cause.

If the fight is so atrocious that it calls for an outside intervention, it is hardly one between angels and devils. As it undertakes to protect one side against the other, the intervening forces cannot avoid double standards: by emphasising the atrocities committed by the villain’s men and playing down those of their adversaries.

If violence is stopped, the intervention may appear justified, but this is usually not the end of the story. The "winners" will likely seek to secure their victory, and the "losers" – to take revenge. Neither is conducive to peaceful development.

This creates a dilemma for the "force for good": to declare its mission accomplished and leave, thus opening the way for renewed atrocities – or to stay at the risk of getting bogged down deeper in a foreign country. The moral urge to intervene is countervailed by the moral responsibility for the consequences. Liberating itself from the villain and overcoming internal differences is a formidable task for a nation, but outside intervention hardly makes it easier.