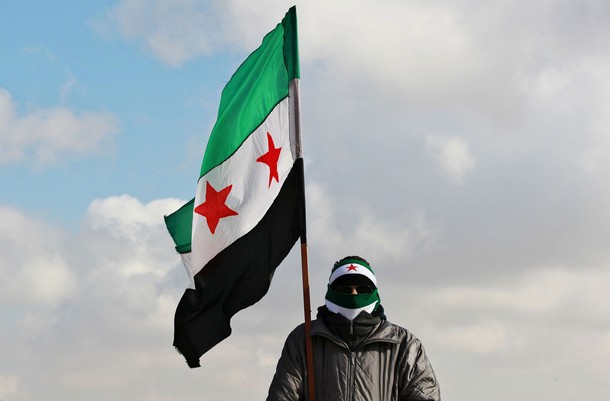 From Jim Hoagland, the Washington Post:  It is the Arab Earthquake. Not “spring,” not “wave of reform,” not even “awakening” can describe the systemic upheaval that has engulfed Syria, where other Arab nations actively press for the overthrow of the regime headed by Bashar al-Assad. Let us call an earthquake an earthquake.

Assad’s government “has become a killing machine,” says Turki bin Faisal of Saudi Arabia, one of the kingdom’s most senior princes, a former chief of intelligence, ex-ambassador to Washington and a man not given to bombast. “The killing has to stop. . . . This kind of leadership is unacceptable. Change in Syria is now inevitable. . . .”

Sickened by the slaughter and feeling personally betrayed by Assad, the Sunni-dominated countries in and near the Arabian Peninsula have another motive in their determined push for regime change in Damascus. Saudi Arabia, Qatar, the United Arab Emirates and others in the Arab League have reached the point of no return in their larger struggle with the revolutionary Shiite regime in Iran, Syria’s most important foreign ally.

“Iran is a paper tiger, but it has steel claws,” Turki added. The Saudi prince was referring not only to Syria but also to the heavily armed Hezbollah militia in Lebanon and the Palestinian movement Hamas, which have aligned themselves with the radical Shiites who seized power in Tehran in 1979 and set out to export their revolution throughout the Muslim world.

They as well as Damascus are now the targets of a Sunni counterrevolution that has reached critical mass as Iran continues to be accused of working on a nuclear weapon and as U.S. troops withdraw from Iraq, a Shiite-majority nation that will increasingly be subject to Iranian influence and ambition.

Russia, too, appears to invest larger meaning in the Syrian conflict. “Vladimir Putin scores the Libya result as a win for the West and thus a defeat for Russia,” says a European ambassador who monitors intelligence reporting on the Kremlin. “He is determined that Syria will not make this a trend, and Russia will oppose collective action against Assad wherever it can.”

Putin’s return to a zero-sum calculus reminiscent of the Cold War has cast a heavy shadow over secret, informal talks among the United States, Britain and France and those with the leading Sunni countries on hastening Assad’s downfall. So out of deference to Russian sensitivities, these talks have steered clear of any discussion of the kind of coordinated NATO intervention that occurred in Libya. But diplomatic sources report that there is an active exchange of intelligence and tentative discussion of some form of joint operations, as well as an intensifying common effort to help Syria’s emerging opposition forces become more organized and effective.  (photo: Reuters)