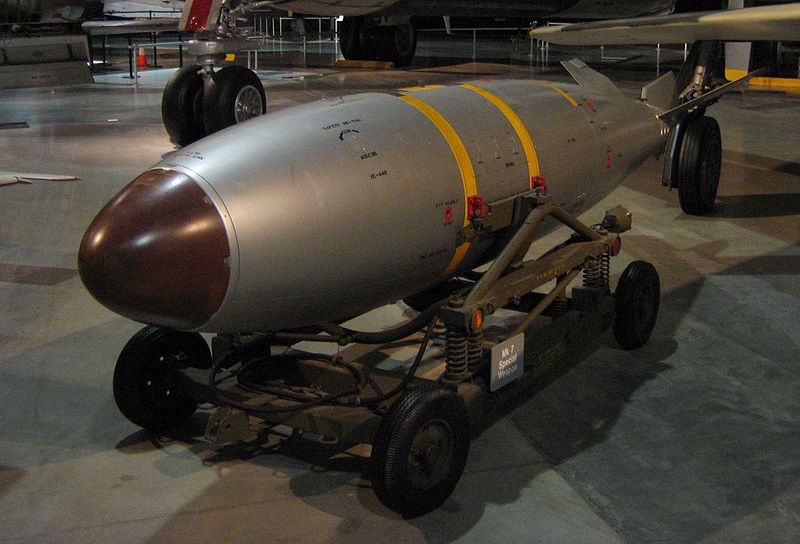 From Kori Schake, Center for European Policy Analysis:  Of the NATO allies, Belgium, Germany, the Netherlands, Norway, Luxembourg, Poland and Sweden advocate alliance nuclear reductions. Some even support unilateral NATO elimination of its nuclear arsenal, a reckless position given that Russia has not cut its arsenal since the end of the Cold War, while NATO has reduced its forces by 85 percent. The NATO Group of Experts Report on the Alliance Strategic Concept is definitive in its rejection of unilateral denuclearization, saying, “as long as nuclear weapons exist, NATO should continue to maintain secure and reliable nuclear forces, with widely shared responsibility for deployment and operational support, at the minimum level required by the prevailing security environment.”

Negotiations to reduce – but not eliminate – tactical nuclear weapons could be beneficial. An approach that reaffirms NATO solidarity, reinforces the value of nuclear deterrence in preventing aggression and proposes asymmetric but multilateral reductions to Russian and Allied tactical nuclear arsenals would advance our security. …

One possible venue for holding the Tactical Nuclear Forces (TNF) negotiations would be the NATO-Russia Council, but the Russians are unenthusiastic, as are Central Europeans. The Russians object because they want bilateral U.S.-Russian agreements to emphasize their status as a great power and cast European allies as marginal to U.S. considerations. Central and Eastern Europeans resist, preferring fora in which there is a NATO agreement in advance of deliberations with the Russians. But Albright’s Group of Experts Report on the Alliance Strategic Concept advocates the NATO-Russia Council (NRC) in the field of arms control. A more robust role for Central and Eastern European allies could turn this into an advantage by establishing protocols for the negotiations that shift the format of the NATO-Russia Council.

It would be short-sighted to let Russia define the terms of the debate on strategic nuclear weapons and missile defense. Meanwhile, tactical nuclear weapons remain a larger concern for the NATO allies. Central and Eastern European allies ought to vigorously pursue negotiated reductions of tactical nuclear weapons in order to reinforce solidarity within the Alliance. It is in the interest of the United States and our most reliable allies to do so.