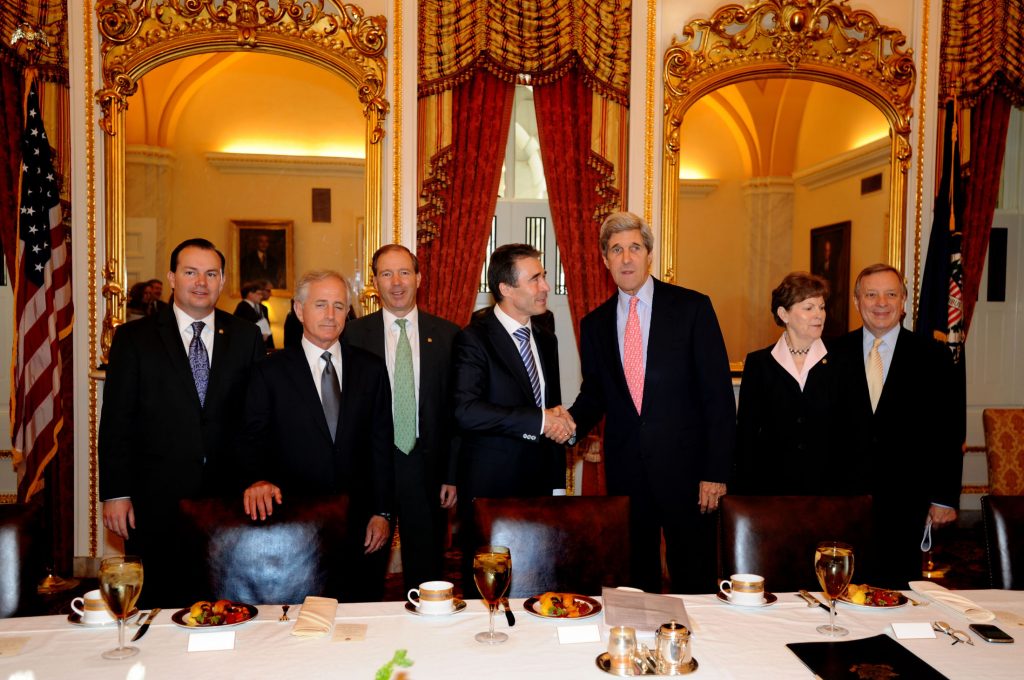 From Anders Fogh Rasmussen, the New York Times:  As secretary general of the North Atlantic Treaty Organization, I travel often to Washington. Every time I do, I hear voices expressing concern about burden-sharing in the trans-Atlantic alliance. Their message is clear: the Europeans do too little.

I can understand this view, but it’s not the full picture. As a European, I have always admired the America that did so much to save my Continent from tyranny in the 20th century. I am also proud that following the 9/11 attacks, in America’s hour of need, Europe responded by invoking Article 5, NATO’s self-defense clause. And all European allies stand shoulder-to-shoulder with the United States in Afghanistan, where they are making significant contributions in blood and treasure.

Europeans have shared the burden of our joint security in many other ways. In Bosnia and Kosovo, where NATO intervened to stop massive human rights violations. In Libya, where European allies provided the leadership and the bulk of the assets for NATO’s operation to protect civilians from attack. . . .

By sharing our assets and pooling our resources, we can do more with what we have. This is the essence of a new approach called “Smart Defense.”

Let me give you an example. At our last summit, in Lisbon, allies agreed to develop a missile defense capability to protect NATO’s European populations, territory and forces. That capability is now coming together.

The U.S. contribution to NATO’s missile defense is vital. But Europeans are sharing the costs and providing major assets. This is true teamwork: North American and European allies working together to make all our countries more secure.

This is how it should be. But while Europe contributes more to its security within its borders, it must also contribute more beyond them. Europe needs to retain a global perspective and the capabilities to act globally when required.

Anders Fogh Rasmussen is the secretary general of NATO.