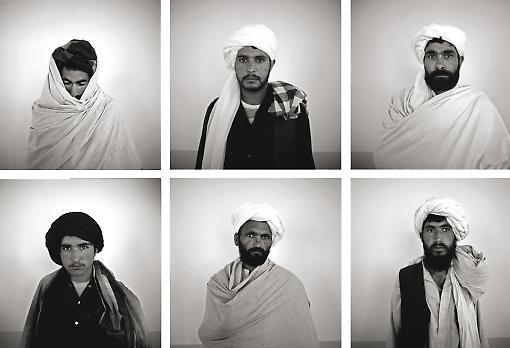 From Julian Borger, the Guardian:  One of the Taliban’s most senior commanders has admitted the insurgents cannot win the war in Afghanistan and that capturing Kabul is "a very distant prospect" , obliging them to seek a settlement with other political forces in the country.

In a startlingly frank interview in Thursday’s New Statesman, the commander – described as a Taliban veteran, a confidant of the leadership, and a former Guantánamo inmate – also uses the strongest language yet from a senior figure to distance the Afghan rebels from al-Qaida.

"At least 70% of the Taliban are angry at al-Qaida. Our people consider al-Qaida to be a plague that was sent down to us by the heavens," the commander says. "To tell the truth, I was relieved at the death of Osama [bin Laden]. Through his policies, he destroyed Afghanistan. If he really believed in jihad he should have gone to Saudi Arabia and done jihad there, rather than wrecking our country."

The New Statesman does not identify the Taliban commander, referring to him only as Mawlvi but the interview was conducted by Michael Semple, a former UN envoy to Kabul during the Taliban era who has maintained contacts with members of its leadership, and served on occasion as a diplomatic back-channel to the insurgents.

Semple, who is now at the Carr Centre for Human Rights Policy at Harvard, said the commander’s identity had to be protected because the Taliban was highly sensitive about unauthorised pronouncements on the movement’s behalf, but he added there was no doubt about Mawlvi’s role within the movement.

"I maintain dialogue over time rather than have one-off contacts so I know who Mawlvi is and I know everyone he is talking to," he said.

Semple said that speaking unofficially allowed Mawlvi to stray from the rigidly controlled Taliban "party line" and voice the unvarnished views of a pragmatic wing of the leadership, which Semple describes as "making a serious bid to shape the strategy of the movement".

Mawlvi’s scepticism over his own side’s military prospects is in particularly striking contrast to the consistently triumphalist output of official Taliban statements. "It is in the nature of war that both sides dream of victory. But the balance of power in the Afghan conflict is obvious. It would take some kind of divine intervention for the Taliban to win this war," he says.

"The Taliban capturing Kabul is a very distant prospect. Any Taliban leader expecting to be able to capture Kabul is making a grave mistake. Nevertheless, the leadership also knows that it cannot afford to acknowledge this weakness. To do so would undermine the morale of Taliban personnel. The leadership knows the truth – that they cannot prevail over the power they confront," Mawlvi says.  (photo: Majid Saeedi/Getty)