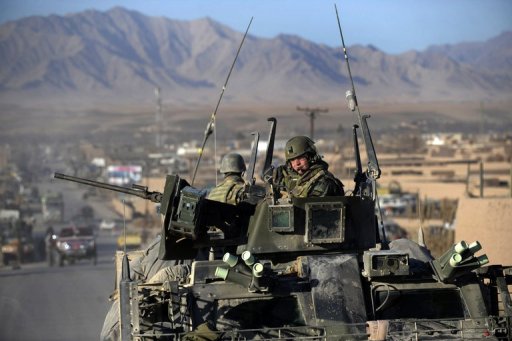 From Bruno Waterfield, the Telegraph:  Almost 2,000 Dutch troops have been deployed in the Uruzgan region, where the Taliban is active and opium production is high.

The final contingent of 250 Dutch soldiers will be withdrawn on Sunday, after strong domestic opposition to participation in the Nato-led International Security Assistance Force.

Qari Yusuf Ahmadii, a Taliban spokesman, told the Volksrant newspaper that he looked forward to other countries following the "brave" Dutch example.

"We would like to offer the citizens and government of the Netherlands our heartfelt congratulations for having the courage to take this decision independently," he said.

"We hope other countries with soldiers stationed in Afghanistan will follow the Dutch example and withdraw their troops."

The government collapsed in February after Labour, a coalition member, refused to support a Nato request to extend the Dutch presence until August 2011.

"Labour has made one of the most important decisions for the Dutch government and citizens," said the Taliban spokesman.  (photo: AFP)