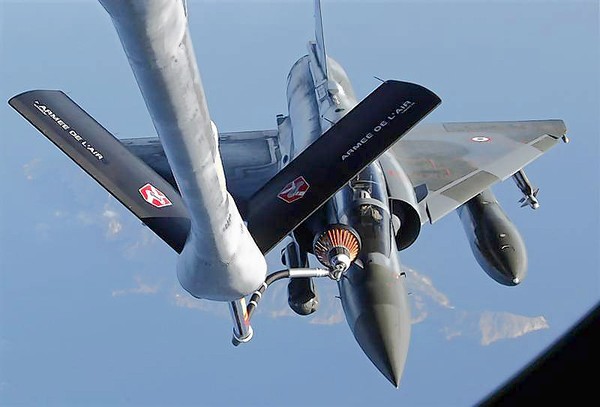 From Adrian Croft, Reuters:  Ten European countries agreed on Monday to work together to boost their military air-to-air refueling capacity, to plug a gap in their defenses that was exposed by last year’s Libyan war. . . .

Under a "letter of intent" signed at a defense ministers’ meeting in Brussels in Monday, 10 European governments propose to tackle the problem either by buying new tanker aircraft, leasing them or paying to borrow another country’s tankers when not in use.

The aim is to increase Europe’s strategic tanker capability by 2020. The governments did not select a particular type of tanker that they would buy.

The agreement was signed by Belgium, France, Greece, Spain, Hungary, Luxembourg, the Netherlands, Poland, Portugal and Norway, which is not a European Union member but works with the European Defence Agency (EDA), the EU’s defence arm.  (photo: Jean-Paul Pelissier/Reuters)