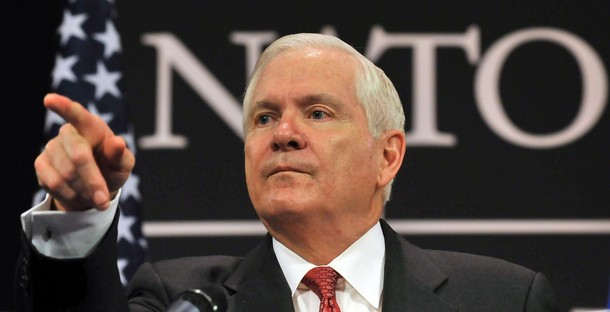 From Gary Schmitt, the Wall Street Journal:  Now circulating among NATO member countries is a draft "Strategic Concept," a document that describes the alliance’s core roles and missions. It will be submitted for formal approval at the upcoming NATO summit in Lisbon in November. …

So far not on the agenda, but of critical importance, is the accelerating decline in the allies’ defense budgets. …

Nonetheless, for Americans interested in maintaining close ties with democratic allies—for those who believe that such partnerships increase the legitimacy and sustainability of the U.S.’s own efforts—it is getting more and more difficult to ignore the decline in allied "hard power" in Europe. If America’s allies want a say at the table when it comes to security matters and, more importantly, want to be listened to, they cannot assume that the U.S. will always pick up the check to maintain global order.

The hardest question for Atlanticists to answer these days from members of the U.S. Congress is why the defense burden should fall so much on American shoulders, and increasingly so.

No doubt, times are tough. The fact is, however, that Europe’s decline in defense spending is directly related to an increase in social-welfare spending over the past two decades. Now, because budgets are squeezed, the allies’ instinct is to look to defense expenditures as a source of savings. But this is a choice, not a necessity.

Two cents on the dollar hardly seems an exorbitant amount for free states to pay for the defense of peace and prosperity. And if this does seem like too much money, NATO countries might consider the costs of the alternative.