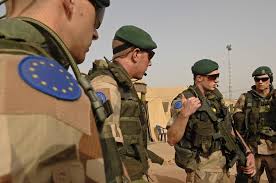 Four elements need to be reflected upon concerning the CSDP and CAR. First, despite the rapid European reactions to create a military mission, approved by the UN Security Council on January 29 of this year, the EU failed to use the EU Battlegroup concept , even though during the 2013 December defense summit the EU promised to do precisely that. The concept—a rapid-reaction force up to 1,500 strong, deployable anywhere needed for up to 120 days, offering the Union the ability to respond to crisis with a rapid and robust military instrument—was created in 2007 with the purpose of dealing with the type of mission and challenges present in CAR. The Battlegroup will instead remain in Europe.

Second, the gap between the Council declaration and member states’ commitment has put the EU and its member states in contradiction with their strategic desires and actions. In recent times, it appears that the French Army has become what the CSDP was envisioned to be. During the December 2013 defense summit, member states declared “defense matters” and only verbally reinforced their commitment to the CSDP. The limited CSDP military mission in CAR and especially the lack of contribution by large member states send the wrong message two months after European commitments to defense integration.

Third, what is Britain’s endgame? What role does David Cameron envision for Britain within the EU? Britain has been reluctant to act since the 2011 Libyan mission. The House of Commons’ refusal to intervene in Syria and the limited contributions to the EU missions in Mali and CAR demonstrate a shift in British foreign policy. Britain, under Cameron, appears to avoid overshadowing NATO by not contributing to CSDP missions.

Fourth, maybe it is time to pull the plug on the CSDP and instead invest into the French army or even merge the CSDP with NATO. The French army has been at the fore in Libya (with the assistance of the US and Britain), Mali, and now the Central African Republic. France certainly has deep interests in reaffirming its power in the region, but so do other European countries. On paper, the EU is concerned with rising instability throughout Africa. Yet its members act as if they do not realize the threat that their inaction represents to ‘fortress Europe.’

Maxime H.A. Larivé, Ph.D., is a Research Associate at the European Union Center of Excellence at the University of Miami.