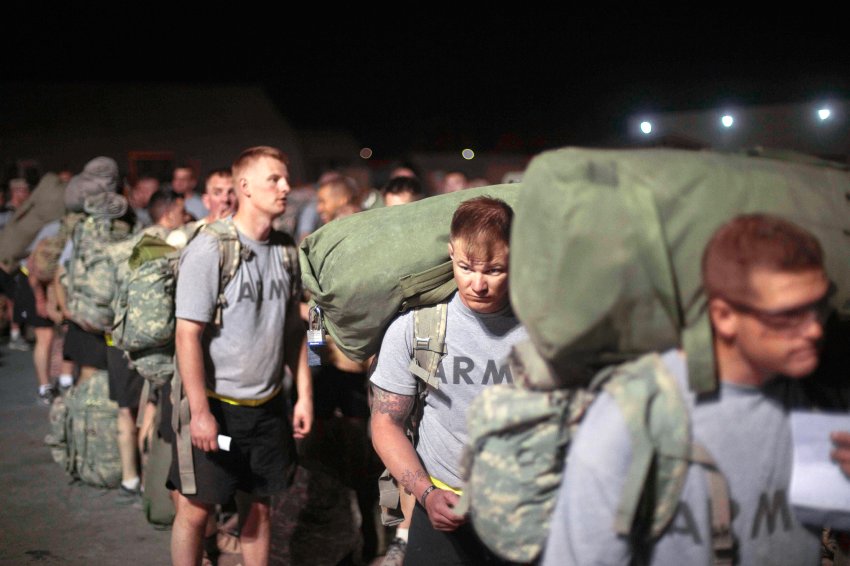 From Christian Neef, Spiegel:  A writer once dubbed Ulyanovsk the Bethlehem of the 20th century, because it was the home of Vladimir Ilyich Ulyanov, who was born in the city in 1870 and went down in history under the name Lenin. He had hardly died before the communist faithful from around the world embarked on pilgrimages to the city on the Volga, which owes its current name to its famous son. . . .

Now the city, once a magnet for communist idealists, is about to become a gathering place for Western troops. When the withdrawal of the International Security Assistance Force (ISAF) troops from Afghanistan begins, a portion of the NATO contingent will pass through Ulyanovsk — or, more precisely, Ulyanovsk Vostochny Airport. The airport will act as a hub for one of the most costly and complex troop withdrawals in modern military history. Some 130,000 soldiers must leave Afghanistan within two years, together with at least 70,000 vehicles and 120,000 containers.

Ulyanovsk Vostochny used to be the airfield for the local aircraft plant, which produced the An-124, once the world’s largest transport aircraft. It has a runway that is more than 5 kilometers long and was conceived as an alternate landing site for the Soviet Union’s Buran space shuttle.

The first NATO officers arrived in Ulyanovsk in the fall, and city officials have been in high spirits ever since. Governor Sergey Morozov, 52, a former police officer, is already dreaming of "a few thousand jobs." Once the withdrawal is underway, says Morozov, "several dozen planes" will land in Ulyanovsk every day, and 60 trains a month will depart from the city toward the Baltic countries, headed for Baltic Sea ports like Klaipeda in Lithuania, where the freight will be shipped to Western Europe.

NATO’s Ulyanovsk operation could bring in annual revenues of $1 billion (€745 million) to local air cargo companies and $250 million to the railroad. It would give the city a massive economic boost. . . .

Germany’s military, the Bundeswehr, will be bringing back more than 1,700 vehicles, howitzers and tanks.

This withdrawal will be militarily precarious, politically explosive and logistically complex. It will take place primarily through Afghanistan’s neighbors to the north, because the southern route through Pakistan is not seen as reliable. Besides, after Pakistan soldiers were killed in NATO air strikes, Islamabad closed that route and only now plans to reopen the road.

As a result, says General William Fraser, the commander of the US Transportation Command, the routes through the countries of former Soviet Central Asia will have top priority for the withdrawal. But this too is a difficult region, where countries like Uzbekistan, Tajikistan and Kazakhstan are run by autocrats with poor records on human rights, which is why the Americans wanted little to do with them in the past. . . .

After having fueled the hysteria against NATO for years, the Kremlin is now trying to dampen the uproar. The NATO base in Ulyanovsk is "in the interest of Russia’s military security," Defense Minister Anatoly Serdyukov insisted. And Deputy Premier Dmitry Rogozin, who is in charge of the defense industry, completely downplayed the problem, saying: "I don’t think that the transit of NATO toilet paper through Russia can be considered the betrayal of the fatherland."

The Russians are now trying to give the NATO airlift a commercial veneer. The Transportation Ministry — not the Defense Ministry — will be formally in charge of the Ulyanovsk operation. But this transit route isn’t optimal for the Americans, either. "In an ideal world, I would like to be less dependent on Russia," said Andrew Kuchins of the Washington-based Center for Strategic and International Studies in a recent interview with the New York Times. "But what are our options with getting things into or out of Afghanistan?"

So far, only the Bundeswehr seems unmoved by the controversy. It signed its own transit agreement with the Russians early on, and it’s working "extremely well," says Brigadier General Reiner Schwalb, the German defense attaché in Moscow. The Germans completed about 270 flights through Russia last year. Troops are flown on Airbus aircraft to Termez in Uzbekistan, while two German transport squadrons bring military equipment to Mazar-e-Sharif on Transall aircraft, with a stop in the Russian city of Krasnodar.

The Germans are even permitted to transport weapons to Russia, which is something the Americans have not been allowed to do yet, not even through Ulyanovsk. But even the Russians don’t want to see weapons left behind in Afghanistan or other parts of Central Asia.  (photo: DAPD)  (via Madelaine Drohan @mdrohan)