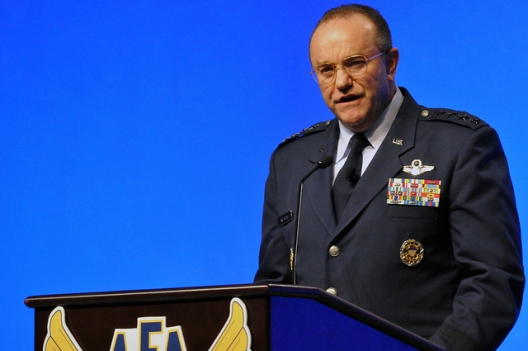 Let’s be clear, Russia’s military actions in and around Ukraine have not been, and are not now, defensive in nature. Russia’s military operation against Crimea relied on pre-deployed regular and covert forces and unbadged “little green men” conducting unconventional warfare as well as cyberattacks and significant information-warfare activity, using conventional media and the Internet to spread its propaganda. This is a 21st-century offensive employing 21st-century tools for strategic deception and calculated ambiguity to achieve Moscow’s political goals. . . .

Surprise, deception and strategic ambiguity have been adeptly employed by Russia against Ukraine. The Russians have demonstrated unexpected flexibility in moving their forces significant distances, achieving readiness very rapidly, and maneuvering to preserve a variety of options. This degree of agility and speed is new and it is something we have to adapt to. . . .

With or without a resolution of the Ukrainian crisis, this new Russian military model will continue to exist. It is a destabilizing military strategy, with serious ramifications for Europe’s political and military equilibrium unless Russia returns to the military and policy norms of the post-Cold War period. . . .

NATO has an opportunity to adapt to Russia’s new strategy by adopting long-term changes to its posture and responsiveness at the summit in Wales this September. These changes will require some investment and the reversal of years of declining defense spending to ensure that robust NATO air, ground and maritime forces are ready to rapidly respond to these emerging 21st-century security threats. But I believe that investing in the preservation of the basic values of the alliance and our way of life is as worthwhile today as it was when NATO was founded in 1949.

Gen. Breedlove, a four-star general in the U.S. Air Force, is NATO’s supreme allied commander for Europe and commander of U.S. European Command.