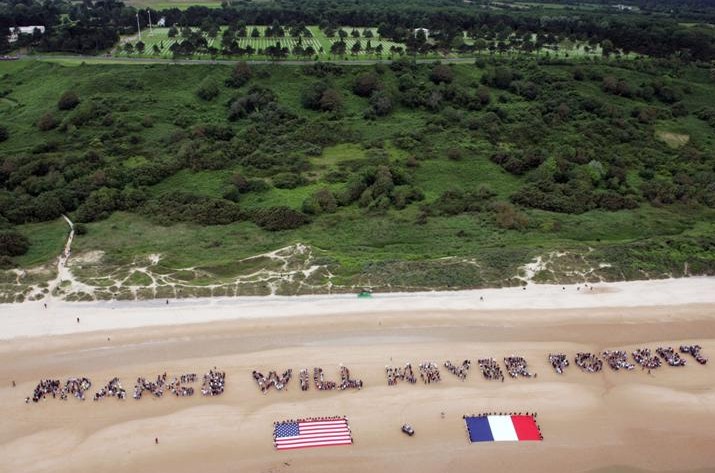 From Anders Fogh Rasmussen, Project Syndicate:  Many years ago, I took my children to visit the sites of the D-Day landings in Normandy. I wanted them to understand the sacrifices that others had made so that Europe and North America could enjoy the benefits of life, liberty, and the pursuit of happiness. We saw the beaches whose names echo through history – Omaha, Utah, Juno. Those beaches remain a memorial to the idea that, together, we can overcome any threat, no matter how great.

We understand the future that could have befallen not only Europe, but the entire world, if North America had not helped Europe in its hour of need. And we know that those landings created a unique bond between our continents.

That bond remains vital for the preservation of our values and our security. But, after the Cold War, many assumed that its institutional embodiment – the North Atlantic Treaty Organization – would fade away. It did not, because our bond is based not just on common threats, but on shared ideals. It could no more fade away than our desire for freedom could wane. NATO needed no external reasons to exist. Yet history would provide them soon enough.

In Bosnia and Kosovo, NATO intervened to stop massive human-rights violations. In Libya, we enforced a United Nations Security Council resolution to protect civilians. And in Afghanistan, we are denying a safe haven to extremists.

The Alliance has evolved into a true security-management organization that is flexible, efficient, and cost-effective. The threats have changed, and become more global, and we have changed to meet them.

NATO is developing a ballistic-missile defense capability to protect our European populations and territory against a grave and growing threat. In the Indian Ocean, NATO is working with the European Union and many others to police major sea lanes threatened by pirates. And, in countries around the world, it carries out tasks such as de-mining, disaster relief, advising on how to bring military forces under democratic control, and working closely with the UN to prevent harm to children.

Efforts like these may not make headlines. But security is like health – you never notice it until it takes a turn for the worse. This is why you need insurance. And NATO is the most solid security insurance that the world has. Underwritten by 28 members, it has delivered security benefits to all Allies, year after year, for more than six decades.

Anders Fogh Rasmussen has been Secretary-General of NATO since 2009. He was previously Prime Minister of Denmark.  (photo: thefrenchwillneverforget.com)