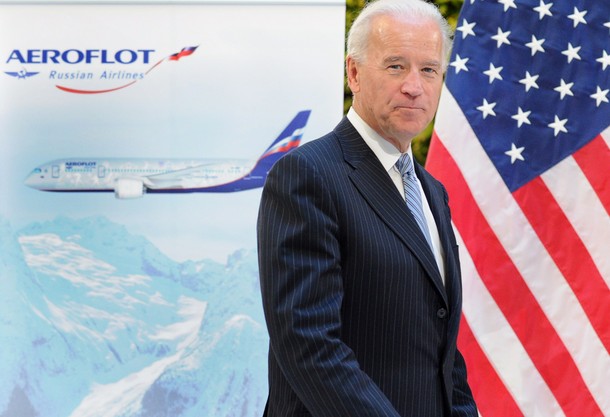 From Joe Biden, the International Herald Tribune:  The next frontier in our relationship will be building stronger ties of trade and commerce that match the security cooperation we have achieved.

Since the reset, major American companies — including Chevron, Pepsico, Alcoa, General Electric and Cisco — have signed major deals in Russia. Last week, in Moscow, I witnessed the signing of a $2 billion sale of eight Boeing 777 aircraft to Aeroflot. Boeing estimates that this contract alone will sustain 11,000 jobs in the United States. This expands on last year’s agreement to sell 50 737s to Russian Technologies. All of these contracts allow our companies to tap into unique Russian technical expertise and make even better products that we can sell in Russia and the rest of the world.

Yet our trade and investment relationship is nowhere near where it could or should be. Russia was America’s 37th largest export market in 2010, and the value of goods that cross our borders with Canada and Mexico every few days exceeds the annual value of our trade with Russia.

One way to realize the potential of that relationship is to bring Russia more fully into the international trading system. That is why we strongly support Russia’s effort to join the World Trade Organization.

Accession will enable Russia to deepen its trade relations with the United States — and the world. And it will give American companies greater and more predictable access to Russia’s growing markets, expanding both U.S. exports and employment. Being a part of the W.T.O. means that Russia will have to play by the rules or face enforcement actions.

Once Russia does what is required to join the W.T.O., we will also work with Congress to terminate the application to Russia of the Jackson-Vanik amendment — a Cold War era law that tied trade relations with Russia to Jewish emigration, but remains on the books.

These steps are crucial components of our administration’s trade agenda.

But even if they do join W.T.O., Russia’s business and legal climate and backsliding on democracy will present serious obstacles.