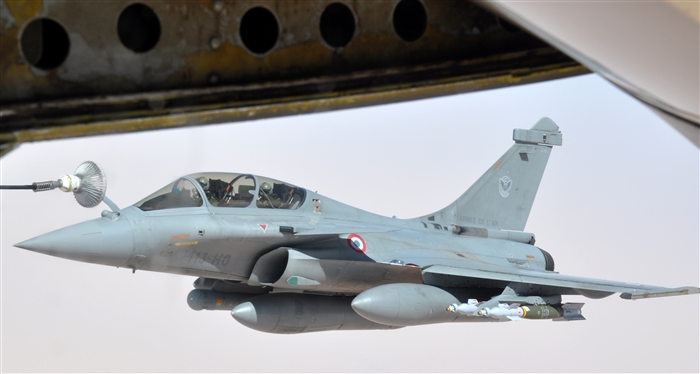 France’s intervention in Mali earlier this year—helping its former colony defend against Islamic extremists—didn’t get the media attention lavished on the overthrow of Libyan dictator Muammar Qaddafi or the crisis in Syria. But the Mali mission has so far proved successful , and likely because of the substantial help France got from the US—largely through the Air Force.

France sent fighter aircraft and troops to Mali, along with various ground vehicles and all the related gear. Although France has cargo aircraft—and even KC-135 strategic air refueling aircraft to move its equipment long distances—mobility support is exactly what France received from the US, along with intelligence, surveillance, and reconnaissance assistance.

“We can emphasize the very substantial and helpful support the USAF is providing to the French in Mali in terms of ISR, air-to-air refueling, and logistic transport assets,” said a French Embassy spokesman. “The French air force possesses its own assets in those three strategic areas, but not as widely as the USAF does.”

The US assistance was nothing less than essential in allowing the operation to proceed, the French official said.

The C-17 was the main tool used by American forces early in the conflict to transport French troops and cargo into Mali, and US C-130s have been used to move people and equipment around the country throughout the last 10 months.

The intervention has been effective at restoring civilian government and limiting the political power of potential terrorists in North Africa. In May, French Defense Minister Jean-Yves le Drian visited Washington, D.C., and expressed how satisfied his department had been with the Pentagon’s—and mainly the Air Force’s—cooperation in the critical opening months of the campaign.

In the early, most dangerous days of Operation Serval, the name given by France to the military intervention against terrorists in Mali, French fighter aircraft relied heavily on American KC-135 refueling tankers to extend their missions.

Justine Leger, a spokeswoman for the French government in Paris, explained that French fighters staged their missions from N’Djamena, the capital city of Chad, separated from Mali by Niger. Mali’s large size (about twice the size of Texas) made aerial tanking a necessity.

“The commitment of US tankers [contributed to] French combat aircraft capacity to perform the two hours of flight from N’Djamena to Mali, achieve their missions, and fly back to N’Djamena,” Leger said. “Many of those missions needed not less than three or four in-flight refuelings in order to get a significant time over the engagement area. In that sense, the US assistance has been very helpful.”

She said the French engaged around half their own refueling fleet in the operation and that in the first six weeks of Serval, American C-17s flew 120 sorties transporting troops and equipment into North Africa in addition to the Air Force’s tanking mission. . . .

As of Sept. 11, Air Force KC-135 Stratotankers off-loaded more than 14 million pounds of fuel for French operations in Mali, while airlift aircraft (C-130s and C-17s) moved or delivered more than 121 tons of cargo within the theater.

The service had also moved 334 passengers around Mali through early August.

The third major mission area where France needed assistance was in ISR, but Air Force officials at the Pentagon declined to discuss how the service met that request.

Gabe Starosta is the managing editor of the defense newsletter “Inside the Air Force.”