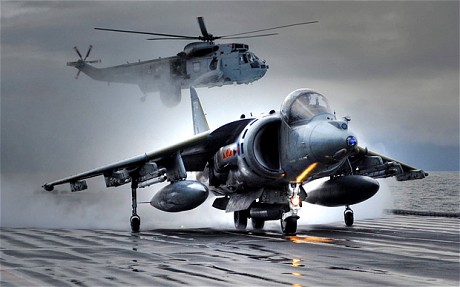 From Peter Westmacott, the New Atlanticist:  I’m glad that experts of the calibre of Nick Burns and Damon Wilson are discussing the importance of NATO in the run-up to this weekend’s summit. Their argument – that NATO matters as much now as ever, but that we all need to work to maintain it – is one the UK wholeheartedly supports.

But I take issue with some of the report’s conclusions about the United Kingdom, and would like to put the record straight.

The report hopes that the UK will “retain the ambition and military capability that have made it one of the world’s most influential countries in recent decades”. We will. Like other nations, including the United States, we face hard choices about how we spend our defence budget in an era of tight government budgets. But we are making those choices strategically, focusing on preserving and indeed building the capabilities we need most now and in the future, and in line with exactly the “coherent vision of our place in the world” that the report urges the UK to take.

That vision, as our National Security Strategy sets out, is of an “open, outward-facing nation” able to project power and influence in a rapidly-changing world. So with the world’s sixth-largest economy we maintain its fourth-largest defence budget. We have made, and continue to make, the cuts to Government spending which are vital, not least because strong defence requires strong finances; but we have cut defence spending less than several other important areas. The planned reduction – just under 8% from 2010-2015 – is actually pretty similar to what the US plans, and keeps our defence budget above NATO’s 2% of GDP target. We are spending it on the capabilities we most need now and for the future, from attack helicopters to fast jets, special forces to cyber defences, and next-generation aircraft carriers, destroyers and submarines.

Moreover, our vision of the UK’s role in the world links our defence capability with the aims of our diplomacy. We are investing in both our traditional alliances and our partnerships with emerging powers, significantly expanding our diplomatic network to do so – just as on the military front we are focused on cooperating with our allies and improving inter-operability. Our role in Libya, and throughout the Arab Spring, demonstrates that the UK remains one of the most active and activist nations in foreign policy anywhere in the world. So too our diplomacy on Iran, our work on conflict prevention in Africa, or our international leadership on Somalia, to take just a few examples. We are second only to the United States in the number of our forces deployed in Afghanistan; the fourth largest financial contributor to the UN; and one of the largest international aid donors – and we will be the first G20 country to meet the pledge to spend 0.7% of GNI on international development from 2013.

Finally, our extraordinarily close alliance with the United States remains an unshakeable pillar of our foreign policy. As our Prime Minister’s very successful visit to Washington in March showed, the US-UK relationship is still special, fundamental to both countries and a cornerstone of stability in the world. Thousands of British and US servicemen and women train and serve together. Hundreds more work in exchange and liaison posts. We share intelligence and technology with each other that neither of us shares with anyone else.

In sum: I am confident that the UK will remain the United States’ most effective and reliable military and diplomatic ally, and that NATO will be the stronger for it.

Sir Peter Westmacott, KCMG, LVO is the current British Ambassador to the United States. This piece is in response to the Atlantic Council report ‘Anchoring the Alliance.’