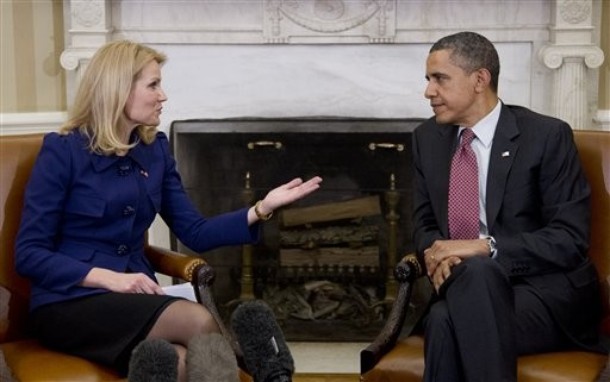 From the White House:  President Obama hosted Prime Minister Helle Thorning-Schmidt for a meeting in the Oval Office on February 24.   Denmark has the distinction of being the only Nordic country that is a member of both NATO and the European Union (EU), making it an especially valuable partner of the United States in a wide variety of endeavors in Europe and around the world.  Denmark currently holds the rotating EU Presidency until the end of June.

Defense and Security Cooperation:  As NATO allies, the United States and Denmark are committed to each other’s security and stand together in critical crisis areas worldwide.