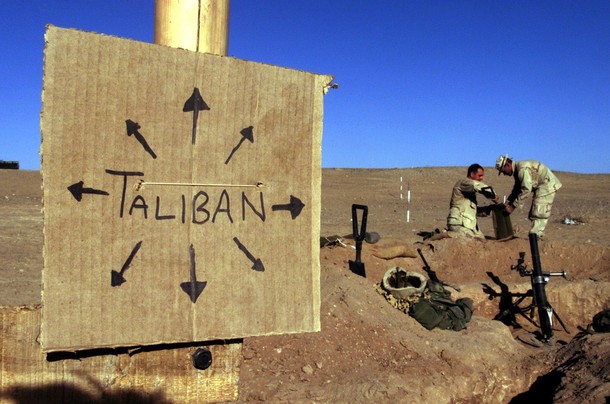 From Paradigm Cure:  The idea of putting in tens of thousands of troops to enforce order, generating a “civilian surge” of development and state building experts, and otherwise launching ourselves into yet another “stability operation” of indeterminate length has zero appeal, and for good reason.  The administration is running substantial risks and taking some domestic and international heat to avoid such an outcome.

The United States is out of money.  U.S. ground forces are exhausted, and tired of playing policeman in strange and foreign lands (while simultaneously worried about “forgetting the lessons” of these wars as they did after Vietnam—as if coherent lessons have even been learned).  The American people have lost the will to back such operations.

Most of all, a clear implication of the last decade is that nobody, least of all the United States, possesses any coherent model for effective state-building.  We think we know one requirement for long-term stability and progress—effective institutions—but as to how we might grow them within the miasma of corruption, nepotism, kleptocracy, incompetence, authoritarian hangover, and simple institutional absence that so often plagues failing nations, no one has a verified clue. . . .

The era of the Iraqs and Afghanistans is over.  The next time a threat rears its head out of a failing state context, or a humanitarian crisis emerges, big-time stability interventions will not be on the options list.

Yet the demands are not going away.  The advocates of intervention in Syria are right about the potential need:  Human rights horrors; dangers of the spread of violence to the region; risks of extremists grabbing hold of pockets within a fragmented state; possible anti-American bias after a transition we did not assist; dispersal of chemical weapons. . . .

In practice the Obama administration has experimented with several tools:  The light-touch NATO air campaign over Libya; drone strikes to degrade terrorists; a proposal for a training vice combat mission in Afghanistan after 2014.  But the Libya operation only helped clear away a regime, not provide stability.  Drone strikes are likely a stopgap measure—politically questionable over the long term, especially if conducted within a state where U.S. forces once served on the front lines and no longer do (can you imagine Afghan politicians allowing the things to roam at U.S. discretion for years, causing civilian casualties?).  Training is an effective support to a largely coherent governance system, not a substitute for one. . . .

This is the old COIN versus counterterrorism debate in Afghanistan, rearing its head again.  Can we succeed on the cheap, carving out the “real” enemies from amid chaos?  Or must we stabilize the context lest the extremists keep returning?  After a decade of wars, we haven’t come to an answer.  Nor do we have any reliable strategies for delivering stability when we think we need it.

But the truth is, after a decade of war, the answer–our answer, the answer that will be reflected in U.S. policy–has arrived by default.  We have neither the money, nor the forces, nor the will, nor the concepts to stabilize such countries.  Inevitably, then, we’ll continue to manage the problem, experimenting with anything we can find short of large deployments.  (All the while absolutists will scream from the bleachers about appeasement and failure, as if some recipe for success were available to someone who would only spend the requisite billions or dispatch the needed divisions for the necessary decades.)  (photo: Reuters)