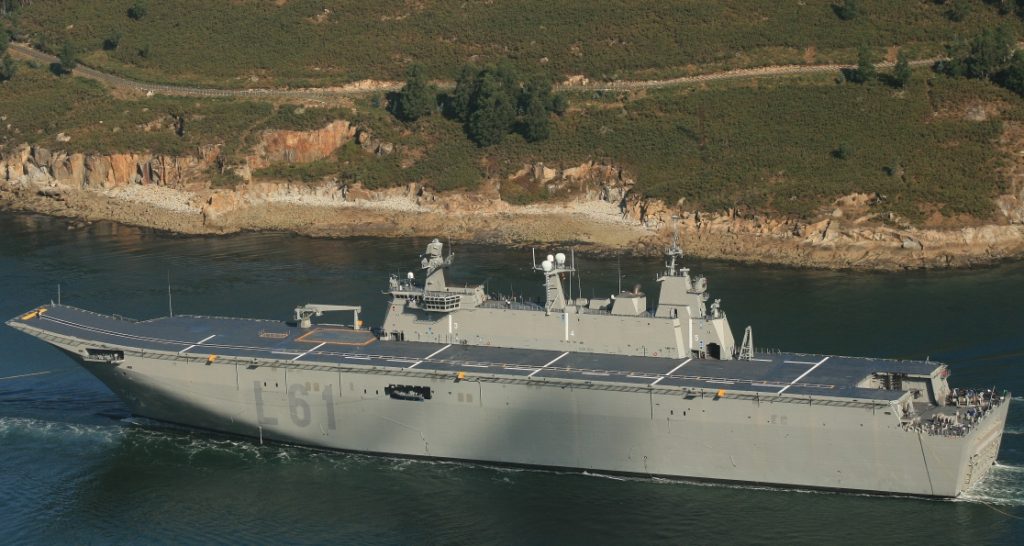 From Today’s Zaman:  A defense industry summit set to convene in Ankara under the leadership of Prime Minister Recep Tayyip Erdoğan on Thursday is expected to evaluate bids for Turkey’s first aircraft carrier. According to a report in the Habertürk daily, the three candidates competing for the bid will be the group companies Koç, Kalkanoğlu and Kalkavan.

In an effort to increase the Turkish military’s naval power and to turn it into a global actor, Turkey will initiate efforts for the construction of the first aircraft carrier to be made in Turkey. The Defense Industry Implementation Committee (SSİK) will discuss the offers for the bid to decide on which Turkish company will run the project for the Turkish naval forces.

The project, named the Landing Platform Dock (LPD), entails the construction of a 220-meter-long military base on the water and is expected to cost $3 billion. However, since the Turkish Armed Forces (TSK) currently do not have any planes that are capable of vertical take-off and landing, the project will initially be used as a helicopter ship. The first Turkish-made aircraft carrier will reportedly be modeled on the Juan Carlos I (L-61) belonging to Spain, which visited İstanbul last year. (photo: Pacific Sentinel)