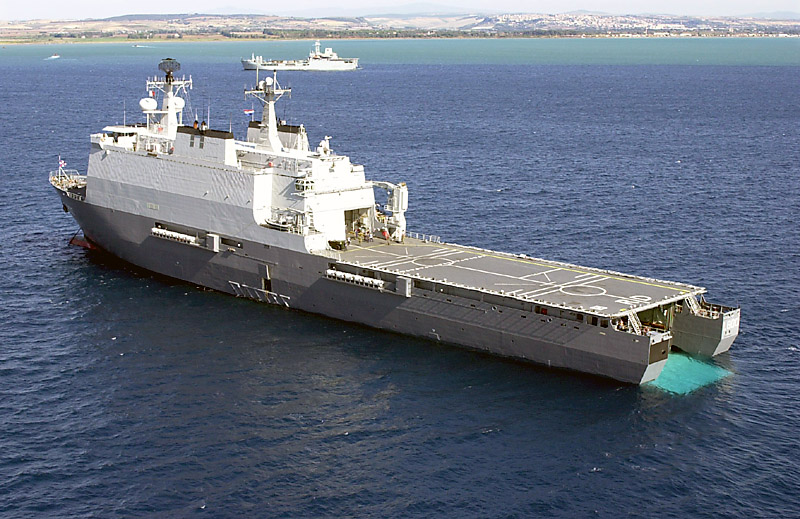 From NATO:  On 13 August 2012, the armed boarding team of the Dutch naval vessel HNLMS Rotterdam freed a pirated vessel in the Gulf of Aden and detained six suspected pirates.

The successful action was the result of a jointly-conducted operation of ships and patrol aircraft from NATO and the European Union.

The initial search for the suspected pirate vessel started on 8 August when local Puntland port authorities reported a possible hijacking of a dhow. The dhow was detected two days later by the European Union naval vessel Lafayette. After boarding the vessel it was determined that the suspected pirates had transferred to another vessel, the Bourhan Nour, which was subsequently located by another EU Naval Force unit, the German frigate Sachsen.

Naval intelligence suggested that the pirated dhow was heading for eastern Somalia to link up with other pirates. NATO and EU forces then decided to set a trap and remove this threat to international merchant shipping.

"There was not really anywhere for them to go", explains Captain Huub Hulsker, Commanding Officer of the HNLMS Rotterdam. "The situation was clear and some strict orders and two warning shots later, the suspected pirates surrendered. The boarding team was on board and in control of the vessel within the next 20 minutes, separating the pirates from a grateful dhow crew. A grateful dhow crew, an impressive first action of my whole team early in my deployment and six suspected pirates detained on board, awaiting further decisions – this is a result that counts.”

From AFP:  Pirates currently control seven ships with some 213 crew members aboard, compared with 20 ships and 550 sailors a year ago.

More than 1,000 pirates are awaiting trial or have been sentenced in 20 countries.  (photo: P Brooks)