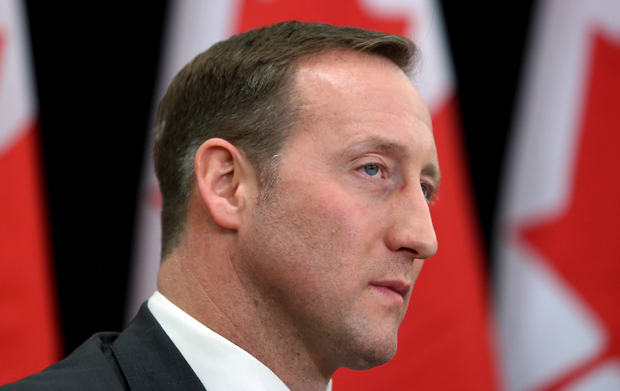 From Stephen Saideman, Globe and Mail:  Much of the news coming out of Ottawa these days is focused on the impending cabinet shuffle. Similarly, in Europe, there is much discussion about who will be the next secretary-general of the North Atlantic Treaty Organization.

Apparently, the leading candidate is German Defence Minister Thomas de Maizière. For reasons I will explain below, this choice would be pretty awful. Luckily, I believe there may be a way to ensure NATO gets an appropriate secretary-general that also smoothes out the cabinet shuffle: generate enough international support for Defence Minister Peter MacKay to take the prestigious post abroad. . . .

For Prime Minister Stephen Harper, it may be a bit difficult to move Mr. MacKay out to pasture since Mr. MacKay served as the key leader of a faction of the Conservative movement. If Mr. Harper were to get Mr. MacKay placed as secretary-general, there would be much less pushback from Mr. MacKay’s domestic supporters…. That is, if Mr. MacKay wants the new job.

On to why Mr. Maizière would be a poor choice. Germany has long been a key member of the NATO alliance, usually giving a substantial contribution to the various efforts, especially in terms of numbers of troops. However, its reputation has taken a major hit due to how things played out in Afghanistan and over Libya. In Afghanistan, Germany had significant restrictions placed by the Bundestag and its Defence Ministers that limited Germany’s ability to make a difference in its area of operations and prevented it from providing significant help in more dangerous parts of the country. When Canada called for help during Operation Medusa in 2006, the Germans did not show up. Still, the Germans did send about 5,000 troops to Northern Afghanistan and did suffer significant casualties during the effort, just not as many as the Canadians, the Americans, the British, or the Danes. . . .

The question then becomes who else can serve this role? It cannot be an American, as the military head of NATO – the Supreme Allied Commander of Europe [SACEUR] is always an American, so the Sec Gen is never one. The Sec Gen probably should not be French at this moment, given that much of NATO is still miffed about France dragging NATO into Libya. The secretary-general could be British, given the UK’s leadership in Afghanistan and Libya. Norway would be a candidate, given what it has done recently, although some would argue that the Scandinavians had their turn. Some would suggest an East European, since it is time for “new Europe” to be put in the rotation of key posts. Putting a Pole in this position would make sense, given how much the Poles had done in Afghanistan, but their “street cred” was undermined by their opting out of Libya. Romanians have offered up a few candidates.

At this moment in time, a Canadian would make a great deal of sense. While Canada did leave combat in Afghanistan faster than most other coalition countries, Canada did do more than its fair share of the heavy lifting before that and did return to run a key training mission. Canada also made very quick and very significant contributions to the Libyan mission. So, Canada has a very positive profile within NATO.