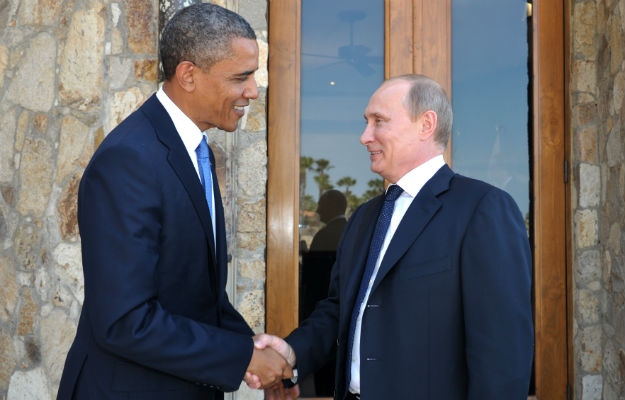 From Ellen Tauscher and Igor Ivanov, Foreign Policy:  After a series of setbacks and disappointments during President Barack Obama’s first term, U.S.-Russian political dialogue is finally gaining momentum. In April, U.S. Secretary of State John Kerry and Russian Foreign Minister Sergey Lavrov met on the margins of the G8 foreign ministers’ gathering in London. Not long after, U.S. National Security Advisor Tom Donilon called on President Vladimir Putin in Moscow, where he hand-delivered a letter from Obama detailing potential areas of cooperation. This renewed diplomatic push lays the groundwork for Obama and Putin to reframe U.S.-Russian relations in their upcoming meetings at the G8 summit this week and at the G20 summit this September. . . .

Today, the United States and Russia have many interests in common. To be sure, the two countries still have significant differences over issues like the conflict in Syria. But our bilateral relationship is far broader and richer today than at any point during the Cold War. Today, Russians and Americans do not fear a nuclear attack from their Cold War rival. Instead, extremism, terrorism, natural disasters, proliferation of weapons of mass destruction, and environmental catastrophe are the greatest risks to the citizens of both countries. Protecting the public from these threats requires international cooperation, particularly between great powers like the United States and Russia. . . .

The Obama administration’s recent decision to restructure Phase IV of the European missile defense program, cancelling the production of SM3-IIB interceptors, constitutes a major inflection point in U.S.-Russian relations — potentially clearing the way for deeper cooperation in the future. By cancelling the SM3-IIB interceptor program, Washington has removed the part of the missile defense system that Moscow feared could threaten its nuclear deterrent. This important American policy change — a result of funding shortages and technological challenges — is an important opportunity to finally forge significant cooperation between Russia, the United States, and NATO on European missile defense.

It is time for Obama and Putin to say "yes" to U.S.-Russian missile defense cooperation. Fortunately, much of the hard work has been done already. American and Russian negotiators came close to reaching an agreement on missile defense cooperation in 2010, but circumstances at the time prevented our leaders from seizing the opportunity for agreement. With Russian and American elections behind us, both countries can restart negotiations in a less politicized environment.

Making the most of this strategic moment will require political commitments from both Obama and Putin to prioritize U.S.-Russian cooperation. Such a political agreement will open the door for technical cooperation to proceed. This could include advancing a previous proposal — brought forward by Putin and further elaborated on by the Pentagon — to create a joint fusion center. This would increase coordination on plans and exercises, and enhance technical cooperation. The transparency afforded by such initiatives would further assuage Russian concerns, while the coordination itself would help Russia defend its territory.

Ellen Tauscher is the vice chair of the Brent Scowcroft Center on International Security at the Atlantic Council and was formerly under secretary of state for arms control and international security in the Obama administration. Igor Ivanov is the president of the Russian International Affairs Council (RIAC) and served as foreign minister of the Russian Federation. They are co-chairs of a joint steering group of the Atlantic Council and RIAC on Mutually Assured Stability. (photo: Alexei Nikolsky/AFP/Getty)