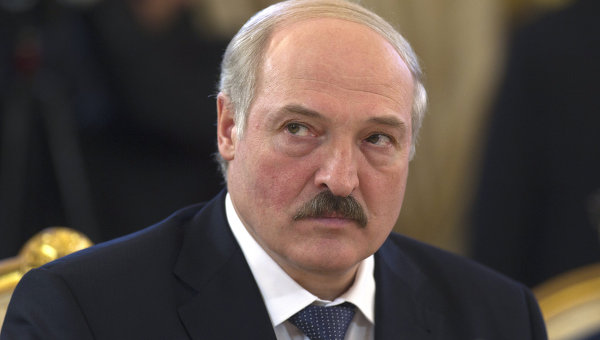 From Reuters:  Belarussian President Alexander Lukashenko on Tuesday sacked his air defence chief and the head of the border guards for failing to stop a Swedish plane drop hundreds of teddy bears over the hardline state in a pro-democracy stunt. . . .

In a statement on Tuesday, the presidential press service said that Dmitry Pakhmelkin, the country’s air defence chief, and Igor Rachkovsky, the head of the border guards, had been dismissed "for not properly carrying out their duties in safeguarding Belarussian national security. . . ."

Authorities in Minsk initially denied that the air drop of teddy bears had taken place until Lukashenko finally confirmed the incident last week.

He made it clear that heads would roll over the stunt last Thursday when he said: "This plane was discovered in time, but why did the (air defence) authorities not intercept the flight? … Come on lads. We are all grown up. The guilty ones have to answer for this."   (photo: Sergey Guneev/RIA Novosti)