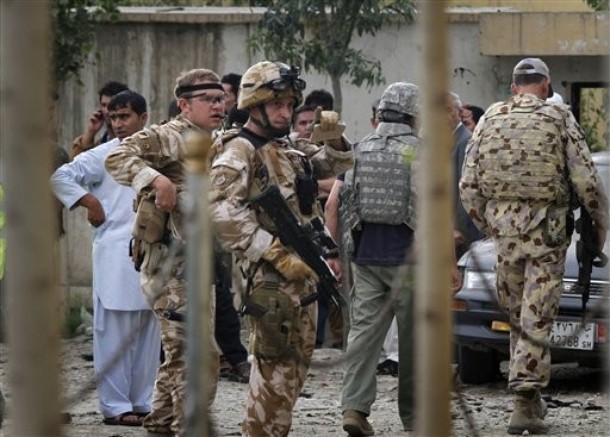 From Anne Flaherty, AP: A senior U.S. commander says Afghanistan is still more than a year away from building a security force with enough soldiers and police to protect the country.

Lt. Gen. Bill Caldwell, who heads NATO’s training mission, said that because Afghanistan was still scrambling to recruit and train its security forces, he couldn’t estimate when Kabul might take control of even the more peaceful parts of the country.

Caldwell’s assessment is likely to help dim hopes among Democrats that the planned U.S. withdrawal next year will be significant in size.

President Barack Obama has said that troops will start pulling out in July 2011, but has also said that the size and pace of withdrawal will depend on security conditions. (Photo: AP)