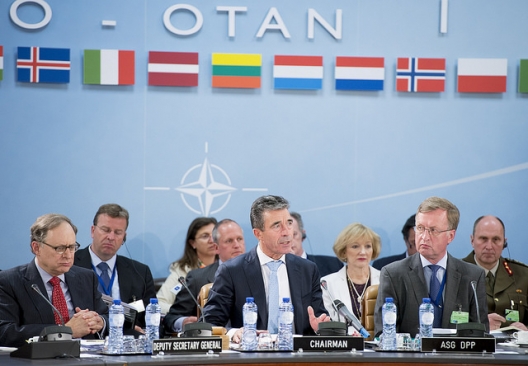 “Turkey briefed the other allies on the situation in (the Iraqi city of) Mosul and the hostage-taking of Turkish citizens, including the consul general,” the official said.

He said the meeting was held for information purposes and not under Article 4 of NATO’s founding treaty, which permits a NATO member to ask for consultations with allies when it feels its territorial integrity is threatened. . . .

From the Telegraph:  Turkey’s foreign minister, Ahmet Davutoglu, has been speaking about the kidnap of 80 Turks in Iraq. . . .

“Any harm to our citizens and staff would be met with the harshest retaliation.”

He spoke in New York but has cancelled meetings at the UN to return to Turkey.