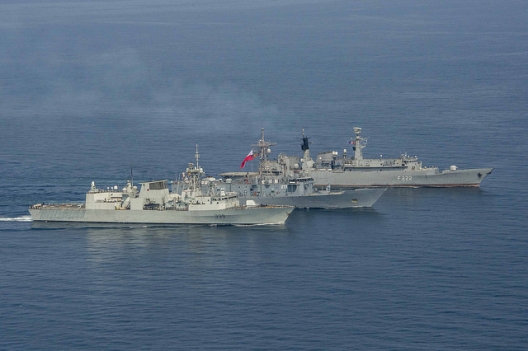 Turkey is seeking an end to NATO’s counter-migration mission in the Aegean Sea and it is telling the U.S.-led alliance that the sharp drop in refugees trying to get to Greece means there is no longer a need for warships to patrol its coast.

Turkish Defence Minister Fikri Isik told other NATO defense ministers on Wednesday that Ankara no longer saw a need for the mission to continue beyond the end of December, according to two people briefed on the exchanges, despite strong support across the alliance for the mission.

Germany’s defense minister, Ursula von der Leyen, whose country currently leads the Aegean maritime mission, said the operation was secure until Dec. 31. Asked what could happen in 2017, she said: “We will have to see then”.

Diplomats say Turkey is unhappy with NATO ships moving about in waters that Turkey and Greece have long contested and is worried that Greece could gain the upper hand in a dispute about a group of islets in the Aegean Sea….

Turkey’s ability to block the mission next year comes down to a technicality. Under NATO rules about standing maritime forces, Turkey is due to take over leadership of the so-called Standing Maritime Group Two – used in the Aegean – from January.

But under the terms of the Aegean mission agreement, neither Greece nor Turkey can lead it.

Turkey could block an extension of the mission from January on that basis, as NATO needs consensus, although diplomats say other nations could come forward to lead the mission.