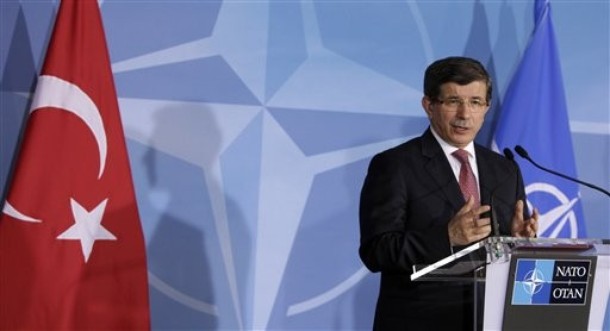 From Barçın Yinanç, Hurriyet Daily News:  Turkey’s decision to host an early warning radar as part of NATO’s nuclear defense system is a sign of the country’s realignment with the West, says Professor Mustafa Aydın. As the government gives the message that it will continue to act with the West, Foreign Minister Davutoğlu announces the end to the country’s ‘zero problems’ foreign policy in his recent statement in Parliament, according to Aydın, the rector of Kadir Has University. . . .

Q: What is the role of NATO in Turkey’s foreign policy?

A: Very important. If I had to say it in one phrase; it’s Turkey’s link to the West. NATO is the strongest and only institution in Turkey’s decades-long integration efforts to the West. Our position with the European Union is unclear, it’s not clear what the Council of Europe is; at the end of the day we are also a member of UEFA. But at the end of the day when we talk about security, NATO is the nearest point we are in regarding the Western decision-making mechanism. There is a Western alliance that came out victorious from the Cold War, defeating its rival. We in Turkey never felt that we were in the winning part of the alliance. This of course has to do with the fact that Turkey became surrounded by several conflicts after the Cold War. But it has also to do with the fact that we never totally felt a part of that club. But when you look today at the powers that are shaping the world, when we look to where decisions are made behind closed doors, well, one of the places where decisions are taken is NATO.

Q: But at one stage the relevance of NATO has been questioned.

A: Yes, but NATO changed its function. There was no reason for NATO to continue its Cold War presence the way it did. NATO was formed to counter nuclear or non-nuclear threats from the Soviet Union and as the Soviet Union collapsed it was clear there was no need for that type of NATO. But in time we started to face international terrorism problems, cyber attacks etc. The issue of international intervention came on the agenda. Who is going to do that? Leave aside military operations. When you want to take humanitarian aid to a crisis region in the word, you rely on NATO’s infrastructure and experience. NATO is still relevant today since it has transformed itself. NATO is still very important today for providing security to Turkey. There is no conventional threat for Turkey to fear, but this is not the case when we are talking about unconventional threats. Turkey is still under the NATO umbrella when it comes to countering threats of ballistic missiles or nuclear arms. The primary reason why we have entered into NATO’s nuclear defense shield system is the fact that we do not have our own national nuclear defense system.

Q: Many believe Turkey’s decision to host the radars for NATO’s nuclear defense shield was a turning point in Turkey’s relations with the alliance and the U.S. Do you share this view?

A: I agreed that it has been a very important turning point, but this decision was not just limited to refreshing mutual confidence. I look at the bigger picture. Turkey’s links to the West were questioned. Recall the discussions on whether Turkey was changing its axis. There was confusion. The [nuclear defense shield] decision is a psychological sign that Turkey, under the ruling Justice and Development Party, has chosen its side. What does Turkey want? It wants to be powerful in its region. It wants to have good relations in its neighborhood. But when it comes to joint decisions about the future of the world, Turkey says “We still want to move together with the West and want to cooperate more with the U.S.,” and this [hosting the radars] is not an isolated decision. Look at the change in rhetoric of the politicians. Take the example of Syria. Turkey and the U.S. have similar policies and similar rhetoric on Syria. It was absolutely the opposite a bit ago. Turkey’s prime minister went to Egypt and told the Egyptians to have a secular constitution. Was his message to Egyptians, to Turks or to the West? We need to ask this question as the amount of oil bought from Iran starts to diminish. All these are messages that say “I will act with the West in shaping the world; I want to be an influential country in this region, but I’ll do this without cutting my links to the West.”

Q: How do you assess Davutoğlu’s last speech where he said Turkey will lead the wave of change in the Middle East?

A: Some elements of his speech already existed in the foreign policy discourse of the past year. He had already said that Turkey will set the order. States can come up in certain periods with foreign policy visions or doctrines. In the U.S. we witnessed such doctrines like the Reagan doctrine or the Bush doctrine. This has nearly never happened in Turkey. There has been only one foreign policy vision of that type in the republic’s history and that was “Peace at home, peace in the world.” From the time he became foreign minister to now, in four years time, we’ve heard two statements of vision which have been in contradiction to each other. “Zero problems with neighbors” was a big doctrinaire statement. You might agree or disagree. A rhetoric was endorsed. We explained it to the world. But the latest statement is a totally different vision. The minister himself announced the end of the “zero problems with neighbors” policy.

Excerpts from interview with Mustafa Aydın, the rector of Kadir Has University and the head of the International Relations Council.  (photo: AP)