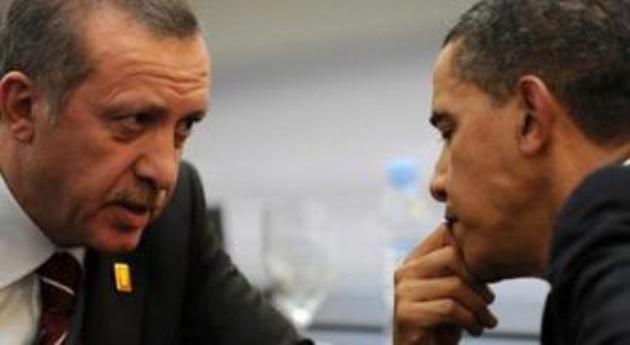 From Jorge Benitez, U.S.News & World Report:  Turkey’s leaders have publicly, bluntly, and repeatedly warned that the current Syria policy is not working and needs to change. [Turkey’s Foreign Minister Ahmet] Davutoglu directly told the press that "this burden now needs to be shared by the whole international community, not just by Syria’s neighbors." Davutoglu’s admonition was echoed recently by Turkey’s President Abdullah Gul. "The worst-case scenarios are taking place right now in Syria … it is a must for the international community to take effective action before Syria turns into a bigger wreck and further blood is shed, that is our main wish."

In a speech for the Atlantic Council, Turkey’s ambassador to the United States, Namik Tan, was even more explicit: "The international community has failed the Syrian people. . . Hundreds of thousands of lives, the future of a whole nation and a volatile region is on the line. . . .We must act, act now and act decisively."

Davutoglu did not name the United States in particular, but he did disclose the changes in Obama’s policy on Syria that Turkey is seeking. "We expect the leading powers of the international community to be more firm, more decisive, and clear in their policy regarding oppression in Syria."

Prime Minister [Recep Tayyip] Erdogan voiced Turkey’s disappointment with Obama’s Syria policy more directly. "Right now, there are certain things being expected from the United States. The United States had not yet catered to those expectations." Erdogan even shared his theory on what is holding back Obama from responding more decisively to the worsening situation in Syria. "Maybe it’s because of the elections——maybe it’s because of the pre-election situation in the States. Might be the root cause of the lacking of initiative. . . ."

[President Barack] Obama needs to demonstrate to Turkey that his Syria policy is keeping up with the increasing spillover of security threats from the conflict in Syria to Turkey and other countries in the region.

Turkey can play a major role in resolving both the immediate Syrian crisis and the long term stability of a post-Assad Syria. Addressing the widening disconnect with Turkey requires top level attention. Obama or Secretary of State Hillary Clinton need to meet with Erdogan or Davutoglu to reforge a united vision for restoring peace in Syria and the region.

Dr. Benitez is director of NATOSource and a senior fellow at the Atlantic Council.  (photo: Haber Monitor)