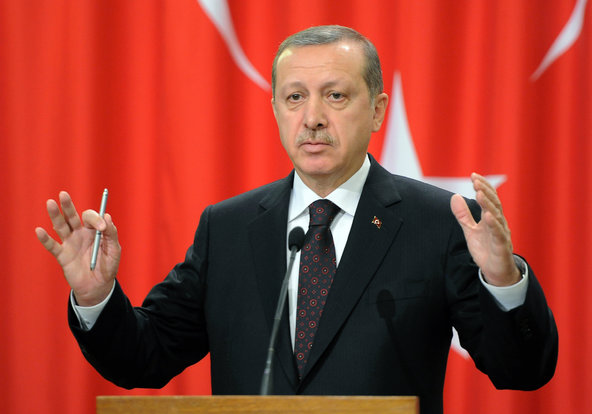 From Harvey Morris, International Herald Tribune:  A half century after taking the first steps toward becoming an integral part of Europe, Turkey may be ready to give up.

After heavy hints that Ankara is looking eastwards to a closer alliance with Asia, Recep Tayyip Erdogan, the prime minister, said this week that membership in the European Union was not a must for Turkey.

“It is not the Apocalypse if they do not let us in the E.U.,” Mr. Erdogan told reporters during a visit to Budapest on Wednesday, as he launched his latest broadside against the Union’s alleged delaying tactics to keep his country out.

His remarks followed a news conference earlier this week in Prague, where Mr. Erdogan described the delay in granting membership to Turkey as “unforgivable.”

These and similar expressions of frustration have come as Turkey approaches the 50th anniversary of an agreement with what was then the European Economic Community, which was to have led to eventual full membership in the bloc. . . .

As my colleague Andrew Finkel wrote from Istanbul, the prime minister also “threw the diplomatic equivalent of a cream pie” into the debate by suggesting Turkey join the Shanghai Cooperation Organization instead.

Membership of the S.C.O., which groups Russia, China and central Asian states, is not widely viewed as a viable alternative to joining Europe. Andrew wrote that Mr. Erdogan’s proposal prompted Turkish columnists to ask whether he might be bluffing in an attempt to put pressure on the Europeans. . . .

Washington has suggested that Turkish membership in the S.C.O., a security organization viewed as an anti-American bulwark in Central Asia, might be problematic in view of the Turkish role in N.A.T.O.

“Obviously it would be interesting, given the fact that Turkey is also a N.A.T.O. member,” Victoria Nuland, the State Department spokeswoman, said last week.  (photo: Attila Kisbenedek/AFP/Getty)