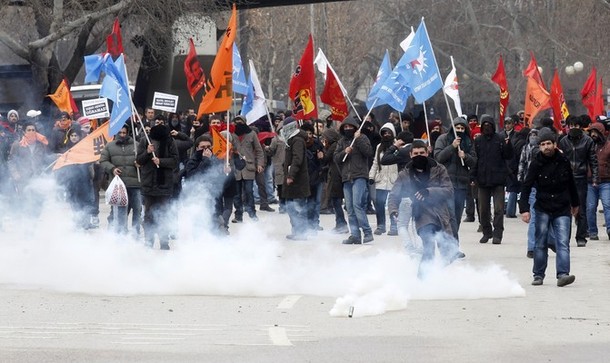 From the Editors of the New York Times:  Turkey’s Parliament recently named a commission to write a new constitution, and a draft is expected by June. The commission must follow a transparent process, tossing out the old, authoritarian document based on Ataturk nationalism and starting fresh.

The new constitution must assert civilian control over the military; protect individual rights and freedom of speech, religion and the press. It must also redefine citizenship to include not only Turks but Kurds and other ethnic groups so they can no longer be oppressed. The present constitution defines a citizen as a “Turk.”

There are many issues that need addressing apart from a new constitution. The Turks are still bitterly divided over the role of religion in their society. The educational system has many shortcomings. Mr. Erdogan’s judicial reforms have not gone far enough. The government defines terrorism too broadly and too often uses it as an excuse to arrest and detain Kurds and other critics.

Mr. Erdogan can legitimately claim a leading role in the Middle East. But he will have more credibility if he strengthens his own democracy.  (photo: Reuters)