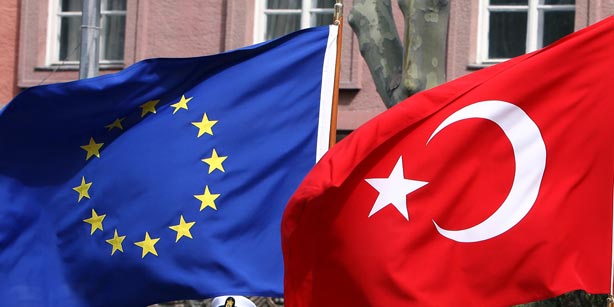 From Ercan Yavuz, Zaman:  With key European Union states showing no sign of relenting in their opposition to Turkey’s accession, the government has postponed dozens of laws required to be passed to achieve harmonization with the 27-nation bloc’s standards until after the June elections, and even beyond.

Among more than 40 laws that are required to be passed, those involving significant economic costs are particularly unlikely to come to Parliament in the foreseeable future because the government is reluctant to agree to the financial burden without any real prospect for membership. Sources close to the issue estimate the cost of harmonization with EU standards at $60 billion, and the public and private sectors are both expected to be affected. At a time when elections are near, this is a painful concession to make. …

Amid the political stalemate, Turkey and the EU failed to open talks on any chapter throughout the second half of 2010. Officials say there is a good chance that the first six months of 2011 may also witness no chapters being opened as Turkey is reluctant to pass a law to monitor state financial assistance that the EU says is a condition for the opening of talks on the competition policy chapter because that will present huge costs for the public and private sectors. Officials say talks on the competition policy chapter usually open near the date of accession because the costs the candidate country will have to incur are partly compensated for by the benefits of membership, a prospect that is painfully lacking in Turkey’s case.

In 2010, Parliament did not enact any laws to achieve harmonization with EU standards despite plans outlined in a national EU reform strategy document, the National Program, to enact a total of 17 harmonization laws in 2010-2011. Two laws, the new Code of Obligations and the Turkish Commercial Code, were passed in January.  (photo: Zaman)  (via USEUCOM)