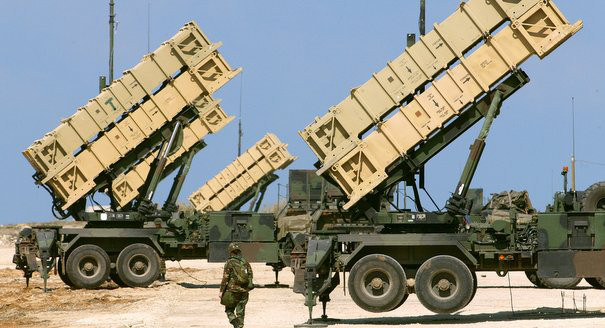 From Marc Pierini, Hurriyet Daily News:  [W]hat is the meaning of the Patriot deployment?

First and foremost, it draws a clear red line for Damascus: the Turkish territory is off-limit to the Syrian army and air force. Bashar al-Assad is known, like his father Hafez, for his inclination to internationalize a conflict when he feels under strong pressure. The elimination of a Lebanese security chief in Beirut last October was a tragic example, as was a foiled action attempt against Jordan. There was a U.S. red line about chemical weapons, a French one about Lebanon, NATO is now drawing another one concerning Turkey.

Secondly, it sends a signal to the powers supporting the al-Assad regime, in case they would not succeed in deterring it from attacking Turkey. The Western assumption is that both Moscow and Tehran will do their utmost to dissuade Damascus to resort to chemical warfare.

Third, it is a strong and multi-faceted signal to Turkey. When it is engulfed in a crisis, Turkey can rely on the Western alliance. Yet, in both declaratory and military terms, this protection frames Turkey’s freedom of maneuver in the broader NATO context. Turkey is bound to operate under the alliance’s chain of command and rules of engagement.

Fourth, there is a foreign policy lesson to draw: the Patriot deployment illustrates the often-described gap between the Turkish foreign policy rhetoric (claiming not so long ago that Turkey is the “agenda-setter” in the Middle-East) and the hard realities of diplomacy and security. It is one thing to criticize Israel about Gaza, it is altogether another one to stand alone against a brutal Syrian regime armed to the teeth with gear that Turkey does not possess. . . .

In sum, when all is said and done, when the dust and emotions have settled down, what remains is a simple truth: for its security as well as for its economy, Turkey relies on the West. And, in the current Middle-East turmoil, this is good for Turkey and Europe.