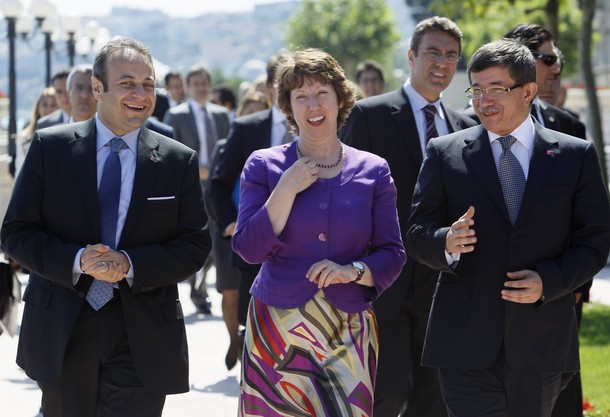 From Hürriyet:  Turkey has said it will abide by U.N. sanctions against Iran, but not the more sweeping restrictions imposed on Tehran by the United States and the European Union.

“We will fully implement U.N. resolutions, but when it comes to individual countries’ demands for extra sanctions, we do not have to [follow suit],” Finance Minister Mehmet Şimşek said in an interview published Sunday in the daily Financial Times.

“The facilitation of trade that is not prohibited under the U.N. resolution should and will continue,” he was quoted as saying. “If a trade deal needs to be financed, we will have to find a way to pay for it.”

Sources close to the Turkish government suggest that Ankara will watch the behavior of Russia and China to gauge the extent to which it can afford to ignore unilateral U.S. sanctions, the Financial Times wrote.  (photo: Reuters)