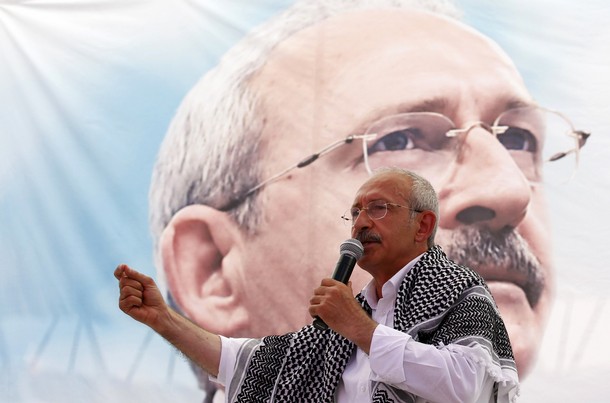 But Erdogan wants not only to stay in government, he wants to gain enough seats in the Parliament to push through a new constitution without having to compromise with the opposition. Since the AKP’s share of the vote stands at around 43-45 percent, Erdogan can hope for a supermajority only if the smaller of the two main opposition parties, the rightist Nationalist Movement Party (MHP) fails to pass the 10 percent bar for entry to the Parliament. . . .

Even among AKP supporters there might not be much debate: Erdogan has single-handedly struck 220 of the current 334 AKP MPs off the candidates’ list and replaced them with little-known loyalists. In a party that was once proud of its local roots, the top-down sweep has left many members cross.

Katinka Barysch is deputy director of the Centre for European Reform in London.  (photo: Reuters)