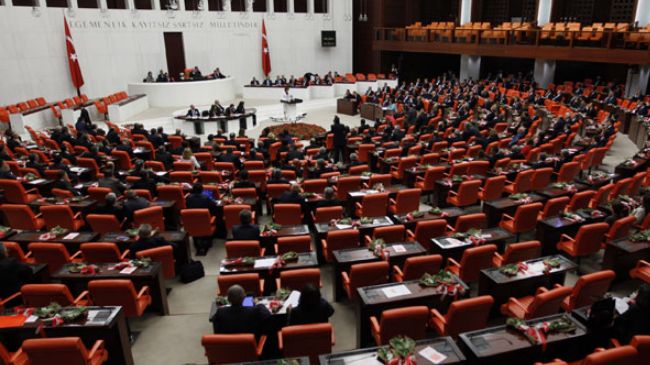 From Mehmet Guzel and Suzan Fraser, the AP:  Turkey’s Parliament authorized military operations against Syria on Thursday and its military fired on targets there for a second day after deadly shelling from Syria killed five civilians in a Turkish border town.

For its part, Syria admitted it was responsible for the shelling that killed five people in Turkey and formally apologized for the deaths, a top Turkish official said.

Deputy Prime Minister Besir Atalay said Syria has reassured the U.N. that "such an incident will not occur again."

The border violence has added a dangerous new dimension to Syria’s civil war, dragging Syria’s neighbors deeper into a conflict that activists say has already killed 30,000 people since an uprising against President Bashar Assad’s regime began in March 2011.

Atalay said Parliament’s authorization was not declaration of war on Syria but gives Turkey the right to respond to any future attacks from Syria.

"The bill is not for war," Atalay said. "It has deterrent qualities."

Cross-border tensions escalated Wednesday after a shell fired from inside Syria landed on a home in the Turkish village of Akcakale, killing two women and three of their daughters and wounding at least 10 others, according to Turkish media.

The bill Thursday opens the way for unilateral action by Turkey’s armed forces inside Syria without the involvement of Turkey’s Western or Arab allies. Turkey has used a similar provision to repeatedly attack suspected Kurdish rebel positions in northern Iraq.

Still, Atalay said Turkey’s "main priority" was to "act together with the international community."

"That is why we called on NATO and the United Nations to take up the issue," Atalay said.

The NATO military alliance, of which Turkey is a member, met at an emergency session in Brussels and condemned the attack on Turkey. NATO demanded "the immediate cessation of such aggressive acts against an ally" and urged the Syrian regime to "put an end to flagrant violations of international law."  (photo: PressTV)