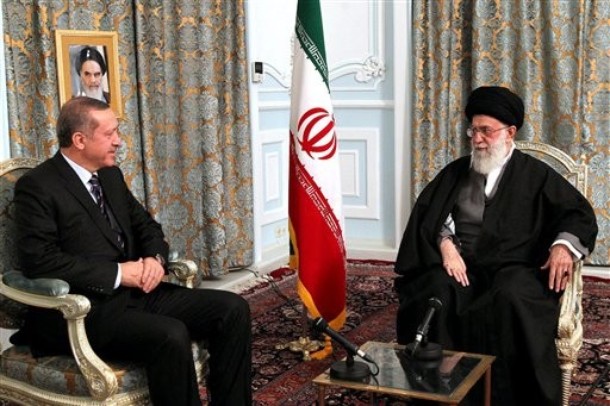 From Today’s Zaman:  Prime Minister Recep Tayyip Erdoğan gave assurances to neighboring Iran that a US radar deployed in Turkey as part of a NATO missile defense system is not a threat to Tehran.

Erdoğan, speaking to Iran’s state television during a visit to Tehran on Thursday, said the radar could be dismantled if conditions Turkey had put forward to host the radar are not respected. Turkey agreed to host the radar after lengthy negotiations with the US during which it insisted that no country be named as a source of threat and that data to be collected by radar not be shared with Israel, Iran’s enemy.

“If NATO does not comply with Turkey’s conditions, we can ask them to dismantle the system,” Erdoğan said, according to Iran’s Fars News Agency.

NATO does not mention any country as a threat to be countered by its nascent missile defense system but US officials did name Iran as a threat on numerous occasions. The Turkish decision to host the radar has strained Ankara’s ties with Iran, prompting angry statements from some Iranian officials threatening to hit the radar if Iran is targeted.

Foreign Minister Ahmet Davutoğlu, who accompanied Erdoğan during his visit to Tehran, said Iranians are not disturbed by Turkey but there were concerns about the radar. He echoed Erdoğan, saying no non-NATO country will have access to its data — a reference to Israel  — and that Turkish generals will be involved in the command and control of the system to ensure it operates according to agreed conditions.

“Technically it is possible for us to leave the system in six months if we notice different practices,” Davutoğlu said in televised remarks on Thursday evening.   (photo: AP)