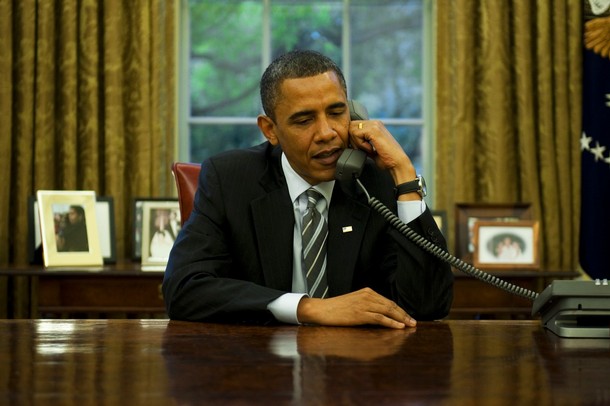 From the White House:  President Obama spoke to Turkish Prime Minister Recep Tayyip Erdogan to continue the two leaders’ consultations on developments in the Middle East.   The President expressed appreciation for Turkey’s ongoing humanitarian efforts in Libya and its participation in the NATO No-Fly Zone and Arms Embargo operations.  The leaders agreed that attacks against civilians must stop and that Qaddafi must step down and depart Libya permanently in order for there to be a lasting solution that reflects the will of the Libyan people.  President Obama and Prime Minister Erdogan expressed their deep concern about the Syrian government’s unacceptable use of violence against its own people.  The leaders agreed that the Syrian government must end the use of violence now and promptly enact meaningful reforms that respect the democratic aspirations of Syrian citizens.  Finally, the President expressed his hope to Prime Minister Erdogan that Turkey and Israel will find opportunities to improve their relations in the interest of regional stability.  (photo: Getty)