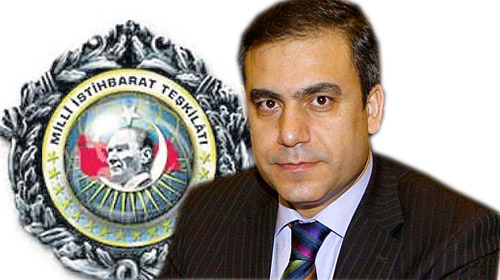 From Daniel Dombey, the Financial Times:  A power struggle within the Turkish government has been laid bare by a court summons for the country’s intelligence chief over government negotiations with alleged Kurdish terrorists.

In an unprecedented move, Hakan Fidan, the head of the country’s powerful MIT intelligence agency, was asked to give evidence on Thursday on government contacts with Kurdish militants – including negotiations with the Kurdistan Workers’ party, or PKK, which is classified as a terrorist organisation by Turkey, the US and the European Union.

Although initial reports suggested Mr Fidan would not appear in court – because his intelligence work was outside its jurisdiction – the summons was widely seen as a shot across the bows of any future attempt at talks with the PKK.

“No matter what what happens with this case, this gives a very clear message to the government and the bureaucracy not to continue with the peace opening,” said Yavuz Baydar, a Turkish columnist, who suggested that nationalist Turkish state officials were seeking to prevent any resumption of a now-stalled negotiation drive.

Other commentators suggested that other groups – such as the followers of Fethullah Gulen, an influential Muslim preacher – could be behind the move.

The court request followed an internet leak last year of a tape of secret negotiations in Oslo between a team led by Mr Fidan and PKK representatives, another move widely seen as making future such contacts more difficult.  (graphic: on5yirmi5)