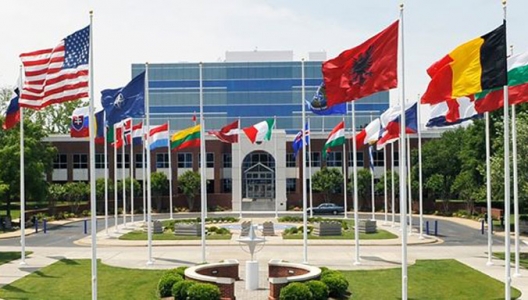 A Turkish military officer on a U.S.-based assignment for NATO is seeking asylum in the United States after being recalled by the Turkish government in the wake of last month’s failed military coup, U.S. officials told Reuters.

The asylum bid is the first known case involving a Turkish military officer in the United States as Turkey purges military ranks after mutinous soldiers commandeered fighter jets, helicopters and tanks in an unsuccessful attempt to oust President Tayyip Erdogan.

The case has the potential to further strain ties between the United States and Turkey, which is already demanding Washington hand over a U.S.-based Turkish cleric it alleges was responsible for the failed coup.

The two U.S. officials, who spoke to Reuters on condition of anonymity, said the Turkish officer was working at the headquarters of NATO’s Allied Command Transformation, located in Norfolk, Virginia. They did not name him or offer his rank.

However, an official at Turkey’s embassy in Washington said Turkish Navy Rear Admiral Mustafa Ugurlu had failed to report to authorities after Turkey issued a detention order for him last month.

“On July 22, on that day he left his badges and his ID at the base and after that no one has heard anything from him,” the official said, also speaking on condition of anonymity….

The purges within Turkey’s military, which has NATO’s second largest armed forces and aspires to membership in the European Union, has resulted in thousands of soldiers being discharged, including around 40 percent of generals….

A spokeswoman at the Norfolk-based mission said 26 Turkish military personnel were assigned there, and she praised Turkey’s contribution, including hosting U.S. and allies at its Incirlik Air Base, an important staging area for the U.S.-led fight against Islamic State militants in Syria.