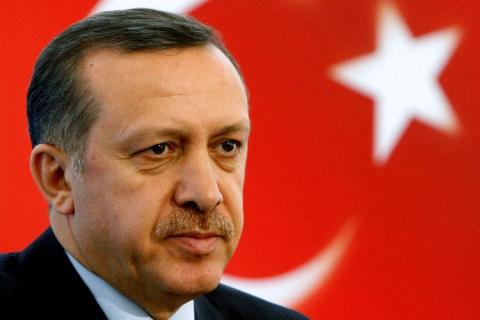 From CNN:  Turkish Prime Minister Recep Tayyip Erdogan said the United States is "lacking of initiative" on Syria and suggested that could be because of the upcoming U.S. election.

During a wide-ranging interview in Istanbul with CNN’s Christiane Amanpour, Erdogan discussed the 18-month crisis in Syria and touched on a number of other topics, including Iran’s suspected nuclear program.

"Right now, there are certain things being expected from the United States. The United States had not yet catered to those expectations," the prime minister said when asked whether he was surprised the United States is not offering anything but "nonlethal support" to the opposition.

When asked what he thought the biggest danger to Turkey was, Erdogan spoke about weapons of mass destruction.

"Well, the biggest danger, not only for Turkey but for the entire region and the world is … the employment of weapons of mass destruction and chemical ones, of course. If a slightest suggestion of such an attempt should emerge, not only in Turkey, but the attitude of the entire globe is going to change forever," he said. (photo: Independent New Hub)  (via Real Clear World)