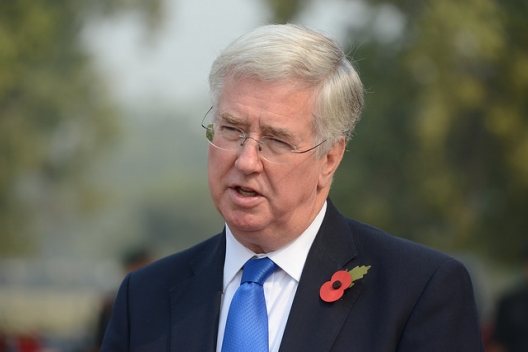 Britain’s defence minister voiced concern on Friday that Russia may have “lowered the threshold” for using nuclear weapons and said Britain must update its own deterrent in response to Russian modernisation of its nuclear forces.

Russia’s nuclear strategy in a hypothetical future war is coming under greater scrutiny among NATO members as tensions between the Western alliance and Moscow hit their highest level since the Cold War over the Ukraine conflict.

“There is three-fold concern, first that they (the Russians) may have lowered the threshold for use of nuclear. Secondly, they seem to be integrating nuclear with conventional forces in a rather threatening way and … at a time of fiscal pressure they are keeping up their expenditure on modernising their nuclear forces,” Defence Secretary Michael Fallon told Reuters in an interview.

“All of that is very worrying,” he said during the Munich Security Conference. “The main answer to that is to make sure that we modernise our own deterrent too.”

Russia’s new military doctrine reserves the right to use nuclear weapons in response to a nuclear strike or a conventional attack that endangered the state’s existence, but some in the military had been calling for a first strike option.

Fallon did not expand on how Russia could be lowering its nuclear threshold.